Berbice goldsmith sentenced to 21 years for killing friend he owed 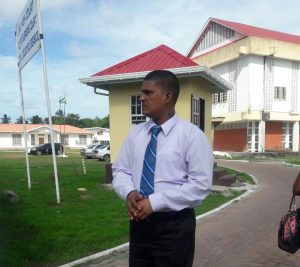 A 40-year-old Berbice goldsmith, who was on trial at the Berbice High Court for the murder of his friend, was Wednesday sentenced to 21 years imprisonment after a mixed jury found him guilty of the lesser count of manslaughter.

High Court Judge, JoAnn Barlow sentenced the convict to 25 years imprisonment but eventually that was reduced to 21 years and one month. She told the accused that two years 11 months would be deducted since that was the time he spent on remand. Another one year would be crossed off his sentence for his good behavior.

“The penalty is life in prison, but I will not sentence you to life in prison.”… The deceased was you friend and partner. He was prepared to assist you. You owed him money which you hadn’t to pay. You choose to take a knife and bore him up and simple close the door and left him to die,” she said.

Both Mc Lean and the accused were business partners and investigators learnt that Suthgolham had owed McLean a large sum of money which he was unable to repay. His passport and visa were lodged at McLean’s house as collateral. 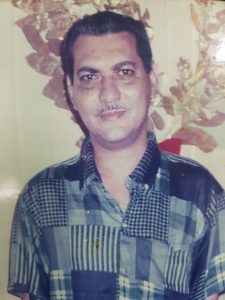 Mc Lean, a former goldsmith at the New Amsterdam Market, had migrated overseas for several years and on his return to Guyana imported and sold fibre glass boats as well as repaired boats and engines.

When asked if he had anything to say, Suthgolaham took out a picture of his three-year old son from his pocket and asked the Judge to make provision for him to see his son.

The partly decomposed body of  Mc Lean, who was also a goldsmith, was found in his house with suspected stab wounds on December 4, 2014. It was reported that the accused had  visited Mc Lean during and was seen leaving his home.

A post mortem examination conducted revealed the cause of death as shock and haemorrhage due to multiple stab wounds.