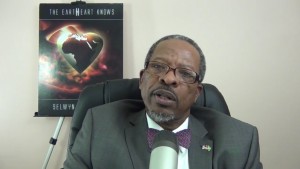 University of Guyana (UG) Vice Chancellor, Professor Ivelaw Griffith said lecturers would first have to submit all outstanding grades as part of a new performance-driven criteria before they could receive salary increases for 2017, but President of the Workers Union (UGWU), Bruce Haynes said his union would have none of it.

“That is performance criteria but it cannot be tied to wages and salaries. Whatever it is that is agreed, those persons will be paid. If we sign those documents and then we are told that he has isolated those persons, he is going to be in breach of the agreement.

That is going to be a major chicanery and we are going to put him to task for that because we don’t deal with dishonest people,” Haynes told Demerara Waves Online News.

Griffith said at a meeting held Wednesday with the General Secretary of the Guyana Trades Union Congress (GTUC), Lincoln Lewis in the presence of representatives of the Workers Union (UGWU) and Senior Staff Association (UGSSA), he insisted that performance criteria must be a prerequisite for the granting of salary increases.

Griffith said that a clause would be extracted from the Memorandum of Agreement between the UG administration and the unions and put in a separately in a letter of agreement. The major focus of performance for academics, he said, would be the submission of grades. “I am insisting that people who have outstanding grades should not get a salary increase….We have a window for everyone to turn in their grades and it is not fair to the students and it is not fair to the lecturers who turn their grades in so one indicator of performance is timely submission of grants,” he said.

He hoped that the unions would no longer object to performance criteria being part of the agreement.

Griffith said lecturers would be given one week or two weeks to turn in their grades or no monies would be handed over to the errant lecturers.

On the thorny demand by the unions for more information on how the UG’s executives would be paid  and from where the money would be drawn, Griffith made it clear that such information would not be provided. “That’s not necessary and it’s not necessary because the reason why the unions are asking for that is to see if there is any space for more and the context  for affordability is the context of what we have put on the table is what we can afford,” he said.

UG has set aside GYD$182 million to pay eight percent  to non-academic staff and six percent to academic staff retroactive to January 1, 2017.

The Vice Chancellor declared that “it would be irresponsible of me to say let’s talk salary increases and not talk performance when this university has lots of performance issues.”

2017-10-27
Denis Chabrol
Previous: No hike in ministers’ salaries in 2018 but teachers must be patient- PM Nagamootoo
Next: US calls for swift court action to settle controversy over GECOM Chairman’s appointment