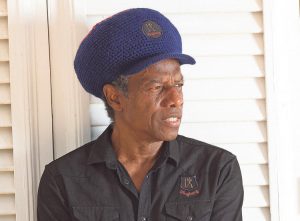 Eddy Grant’s 50-year music career – which has literally taken him around the world many times – brings him back to his Guyana with “Plaisance” – the name of his latest album and the name of the village where he was born. (ICE RECORDS/WWW.EDDYGRANT.COM)

Guyana-born singer/musician/songwriter/producer Eddy Grant had not released an album in 11 years, but his latest work, “Plaisance,” is right on time and very special to the longtime music star.

He’s been around the world performing “Electric Avenue,” “Romancing the Stone,” “Living on the Front Line” and other hits songs over the years, but the Plaisance album is homecoming — it’s named for Grant’s Guyana hometown, which is a truly exceptional place.

“It’s extremely special. We were the second village in the country when the slave purchased their villages” from slave masters, Grant said recently from Guyana, adding that plantation owners attempted to undermine the new settlement of free blacks. “But Plaisance is a surviving place. Its people are well known for their fortitude.”

“During slavery, it is well known within our history, that one of the enslaved Africans (from Plaisance) actually took the governor to court and won. And so we’re well known for being aggressive and game-changers,” said Grant noting cricket great Rex Collymore and painter/sculptor Dudley Charles are among the greats from Plaisance. Symbolic of their upbringing in Guyana, Charles’ The Old House from Plaisance painting graces the back cover of Grant’s album.

Grant’s distinctive voice and his special brand of music and songwriting flow freely from the 14-track new album, which ranges from powerfully upbeat to pleasurably smooth on featuring thought-provoking tunes, such as “Mind the Gap” and “Now, We’re All Together,” and the sturdy up-tempo songs “True to You” and “I’m The One.”

Eddy Grant mixes and mingles with Guyanese women in his hometown of Plaisance, which his latest album is named for.
(WWW.EDDYGRANT.COM)

Grant has been constant on the music scene for more than 50 years — a solo act since late 1970s and a pioneering performer before that. He was a co-founder of The Equals, one of the U.K.’s first racially integrated pop bands in the 1960s, owner of the first black-owned recording studio, record pressing plant and record manufacturing plant in Europe. And he’s also the proud founder of the longtime Ice Records label, home to host of Caribbean performers, such as Mighty Sparrow, Calypso Rose, Superblue, Lord Kitchener and Mighty Gabby. And he owns the Blue Wave Studios recording studio in Barbados.

Although he made musical history in England, he initially went there to attend medical school and become a doctor.

“I started very, very young getting interested in music. First of all, I heard the music of the Caribbean, which is calypso” he said mentioning the Mighty Sparrow, who of all the calypsonians, probably had the greatest impact socially” in the region. Grant had aspirations of becoming a medical doctor, but music got in the way, he recalls. 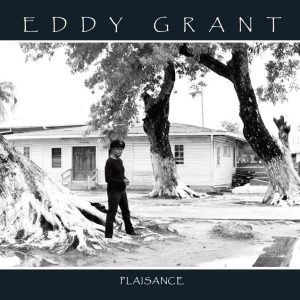 Eddy Grant’s new “Plaisance” album can be purchased from his website. (ICE RECORDS/WWW.EDDYGRANT.COM)

Back in Plaisance, young Dudley Charles was “painting and drawing furiously, every day, every minute” and was set firmly on his career path, but Grant wasn’t sure yet sure about his own future.

“I was really interested in becoming a doctor,” he said noting that his father was “a fantastic trumpet player” who taught him the instrument and whet his musical appetite.

“And so, through hearing my dad play, going to their practice rehearsals and so on, I became imbued with the fire that catches young people when music is around. By the time I’d gotten to England, I was very seriously into wanting to play – not necessarily to play professionally, but to play.”

After being mesmerized by a phenomenal Chuck Berry performance in England, Grant said he was through with the trumpet and embraced the guitar.

“We couldn’t believe the sound this guy as putting down,” said Grant who dropped the trumpet and had “to be like Chuck Berry!” The Chuck Berry experience also lead Grant on a personal venture learning American blues tunes of Big Bill Broonzy, Lonesome Sundown, Little Walter, Sonny Boy Williamson, Howlin’ Wolf and other musicians.

So, what of style of music does Grant play today? Whatever he wants!

“I do play cross genres. I play whatever it is that I feel – from the West Indies to Africa and I play everything in between,” he said, touting his independent Ice Records label and the invaluable business lessons he’s learned because of his independent status.

“In being independent, I became absolutely aware of what was going on and what I needed to do to stay in the business.

Plaisance and other Eddy Grant albums can be purchased at www.eddygrant.com