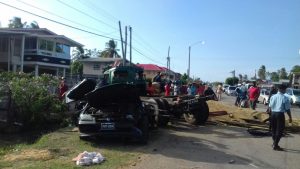 The driver and four occupants of car died Sunday afternoon in a head-on collision with a truck on the Number 59 Village, Corentyne Public Road, police said.

Those who perished include the car driver, Dhanpaul Kishandayal, of Bel Air, Georgetown. The others are Sabita Mangalie,40, her sons Emmanuel Mangalie ,18, and five year old Ethan Ramjeet.

Sabita’s Secretary and friend, Reshma Seeram also died in the mishap. They worked at Maraj Building.

The accident occurred at about 1:45 PM. 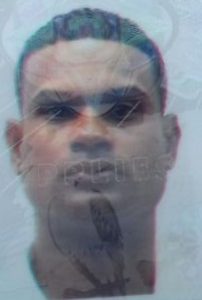 Police said the car, PPP 3394, was heading south along the eastern side of the road, most likely to Skeldon, at a fast rate of speed. Investigators were told that the car drove into a pothole and collided with a lorry, bearing licence number GZ 2763.

Sabita’husband died three years ago of a heart attack and her father lost his life five years ago in an accident.