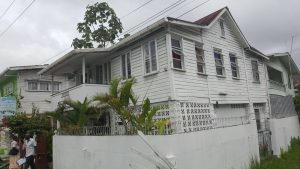 Two of four persons in custody on Friday confessed to killing two elderly women earlier this week at their home at the corner of Albert Street and South Road, a top Guyana Police Force investigator said Friday.

A lone woman, who is among the fiur detainees, is connected to one of the men who has confessed.

The two men could be charged this weekend and arraigned on Monday.

He said police were still treating the incident as a robbery-murder. 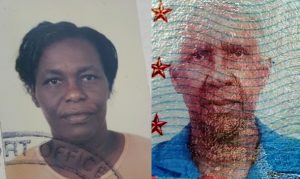 Williams said several suspects were nabbed between Wednesday, October 4 and 5.

Fellow parishioners of the Full Gospel Church located opposite the women’s residence discovered the bodies of the women in their bedrooms with their hands, feet and mouths tied. 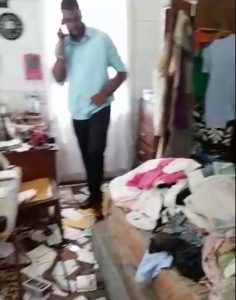 A section of the ransacked house in which the women lived.

Pastor Winston Mc Gowan said they decided to enter the house after one of the women failed to open the church early Tuesday morning as she would have normally done.

Caesar hailed from Manchester Village, Corentyne and Fraser was a Guyana-born United States citizens. They both lived in the wooden house for several decades.

Full Gospel Church leaders were expected to meet Tuesday afternoon to discuss next steps following the demise of two of their dedicated and well-loved members.