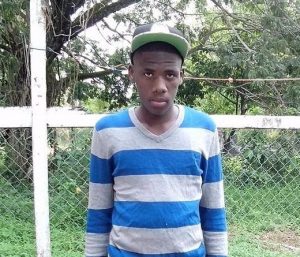 Twenty-one year old Kevon Johnson, a serving member of the Guyana Police Force attached to the Tactical Services Unit,  appeared in the Georgetown Magistrates’ Court to answer to a simple larceny charge.

Johnson , who was represented by Attorney-at-Law Melvin Duke denied the allegation against him while the attorney, in a bail application, told the court that his client ,who has been a serving member of the police force for the past three years,  has been under close arrest for a while.

He further argued that his client is a license firearm holder from the GPF.

The prosecution did not object to bail but told the court that on the day in question police, acting on information received,  went to Dem Amstel Old Road where they saw the defendant and a search was carried out and the items were found in his possession.

When questioned about the items, Johnson said that he found them.