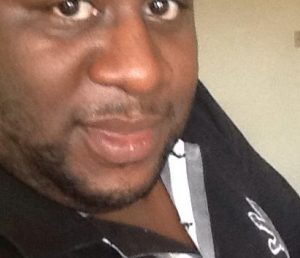 A man,who was wanted in connection with several crimes including the recent shooting of a Guyana Revenue Authority (GRA), was shot dead early Saturday morning.

Police said the body of Colin Daley also known as  ‘Floggy and Frog Eye’ 24 years, unemployed of East La-Penitence, whose body was found in a pool of blood with a suspected gunshot wound to the head.
The body was discovered at Albert Street, Albouytown about 1:20 AM.
“The deceased was wanted by the police for questioning in relation to several armed robberies, including that of a GRA officer who was recently shot during the commission of a robbery,” police said.
Daley’s body is presently at the Lyken Funeral Home awaiting a post mortem examination.
The man was killed as police continued to question several persons in connection with the shooting of GRA enforcement officer, 35-year old Ariel Benjamin on September 23, 2017 as he entered his 403 Cactus Street.
Investigators have so far arrested three persons and released them. Two other persons were arrested and were up to Friday still in custody.