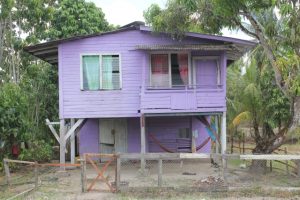 Home of the suspect, Hillary Edwards

It was a sombre mood at the house of 13-year-old Leonard Archibald who disappeared last Sunday 17th September after leaving a birthday party with his sisters.

The story of young Archibald tells a horrid tale of a teenage boy brutally raped and then his unconscious body dumped behind the suspect’s home. Although this is the first time the suspect confessed to his crime, this isn’t the first incident. Residents of Sister’s village, West Bank Berbice relayed that the suspect, named Hillary Edwards, is feared in the nearby communities as ‘someone who shouldn’t be messed with’.

One of his victims, who requested his name to be withheld told Demerara Waves Online, the horrifying story of a then 10 year old boy who was knocked unconscious and tied to a tree, left for dead.

The man stated that at time of the ordeal, he was walking into Sister’s Dam while the suspect who was coming out with a hefty piece of wood stopped and ‘lashed him across his face rendering him unconscious’. When he woke up, his mouth was swollen and he was tied to a tree.

“When I catch me self, I see a rope around me neck and like he tie me pon a tree so I loose out and like he binna come back to kill me cause like lil bit after me loose out, he come back with ah cutlass and me hide in the bush”. 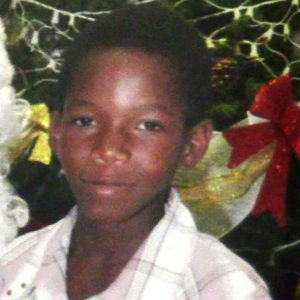 The traumatized man said that he hid in the bush for three days and when he thought it was safe, he ventured out and went home and was taken to the hospital for medical treatment.

“Me had to spend like me nah even know how much days in the hospital because is suh long. Me couldn’t even talk cause like de lash he gimme break me jaw”.

The man could not ascertain a reason as to why he was terrorized by Hillary and said that although the matter was reported to the Sister’s Police Station, it died after his parents received compensation from the man’s family.

He sympathized with young Leonard’s family, who lost their son at the hands of Edwards, and stressed that he hoped the police would do everything in their power to ensure justice is served.

Five other persons reportedly suffered abuse at the hands of the suspect inclusive of his first cousin.

Meanwhile, Leonard’s mother, Abigail Archibald, is still coming to grips with the news of the confession. 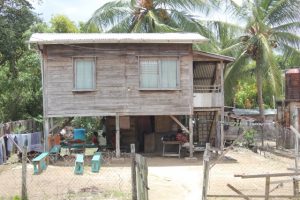 The house where Leonard Archibald lived.

The grieving woman in tears relayed to Demerara Waves that she hoped her son would still be alive. She described the young man as a ‘helpful child who many would call on if they needed assistance’.

“He always used to help anybody once he know them. He always smiling and happy. I don’t know why they do this tuh my child. He don’t trouble nobody or nothing”.

Up to press time, family members were searching for divers to help locate the body although B’ Division head, Assistant Commissioner Lindon Alves reported that the Guyana Defence Force Coast Guard has joined the search.

According to information received, the suspects were taken back to scene sometime last evening to help investigators pinpoint were the body was dumped. 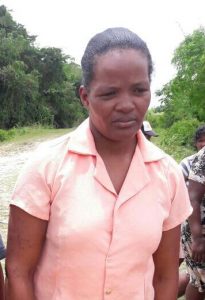 Police have since recovered the pedal cycle Leonard Archibald was last seen riding behind the prime suspect’s home.

The search is still on for the lad’s body.