by Shikema Dey and Denis Chabrol 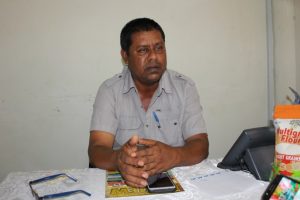 Even as a local agri-business company awaits government’s response to its interest in buying the Skeldon Sugar Estate and factory, a trade union and its aligned opposition People’s Progressive Party Civic (PPPC) Tuesday called for transparency.

President of the Guyana Agricultural and General Workers Union (GAWU), Komal Chand maintained his workers’ organisation’s rejection of closure or sale of any section of the state-owned Guyana Sugar Corporation (Guysuco) because there was no guarantee that jobs because businesses are only focussed on making profits.

“We look at the experience we are now drawing from Jamaica where the same process that this government has adopted to sell and to close some of the factories, that the new owners could not guarantee that they would stay in sugar, maintaining the jobs that are so important to the economy and so we are not supporting any process for having any estate closing down or selling out,” he told Demerara Waves Online News.

Months after submitting an Expression of Interest (EOI) to the coalition government regarding their interest in buying the controversial Skeldon Sugar Estate; owner of Guyana’s leading rice distributor, Nand Persaud and Company Limited has yet to received word from the government.

General Manager of Nand Persaud, Mohindra Persaud speaking with Demerara Waves relayed that since government made the announcement that the Skeldon Sugar Estate was up for privatization, they sought to venture into the sugar business. 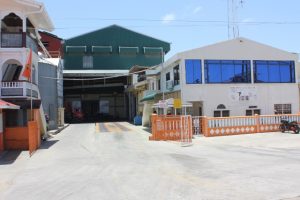 Chand said he has received concrete information that the Guyana government has already given a concrete commitment to an American company to sell the Skeldon operations. Insisting that GAWU feared that workers could lose their jobs at the hands of private investors- moreover there would be foreign exchange leakages if the industry is sold to foreigners- Chand nevertheless called on government to provide information about what would be sold, the selling price, whether the land would be leased or sold. “We have always held on to our land. When (then President) Desmond Hoyte was talking about privatising the sugar industry in the ’80s, he was very clear that never will we sell our land to foreign and private people,” Chand added. He said GAWU would also like to know whether the electricity co-generation plant owned by Skeldon Energy Inc; that earned GYD$9.5 billion in revenue last year would be sold.

Two Indian companies have also expressed an interest in Skeldon.

Earlier Tuesday, PPP General Secretary, Bharrat Jagdeo expressed similar views about the need for openness in privatisation transactions, including any concerning the cash-strapped and debt-burdened Guysuco. “I would expect, first of all, that if the government is going to privatise anything that you to do a valuation of the assets long before you start thinking about privatising,” he told a news conference.

Back in July, the National Assembly approved GYD$130 million for a Special Purpose Unit of the National Industrial and Commercial Investments Limited (NICIL) to oversee the sale of Guysuco’s assets in collaboration with an unnamed top accounting firm. That money was expected to be spent on procuring office space, equipment and supplies , as well as paying the head, deputy head and legal advisers.

The General Manager of Nand Persaud noted that ‘sugar is no different from rice’ and requires the same method of management and production while confidently stating that his company was up to the task of transforming the Skeldon Sugar Estate.

“We know we can turn the Skeldon Sugar Estate into a profitable business. It is not a question of whether it would be difficult or not to handle. We are just awaiting feedback on government”, Mohindra Persaud said.

The General Manager highlighted although they expressed interest in the sugar estate, they are relying on the government to provide a vision in relation to how operations at the new Skeldon Estate would be done. 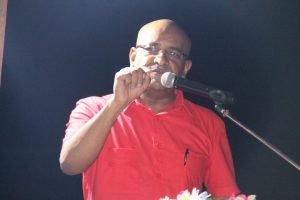 Persaud is of the view that the Skeldon Estate should have been privatized years ago when the initial problems emerged. He stated that many local and foreign business owners would have been able to assist the government in transforming the sugar estate instead of waiting until the problem became too difficult to handle.

He then went on to state the critical importance of the sugar industry highlighting that not only does it provides jobs for many Guyanese, Guyana has the perfect lands and market for the business. Persaud stressed that deviating from the sugar business into ‘another crop’ will be difficult since “sugar is embedded in Guyanese culture”.

Further, he stated that should government become concrete in their decision to venture into privatization, Guyanese investors who expressed interest in the Skeldon Sugar Estate should be given first priority since they would better able to bring GuySuCo back to its former glory.

“I would like to see our local business people here get a chance to make their contribution and if we need help financially, only then can we bring in foreign investors because we have some very smart business owners in this country with the potential but we are not given a fair chance and having to battle with foreign investors is not really helping the situation”.

Commenting on government’s alternative to sugar, the cement business, Persaud stressed that there is room for both business ventures. He said that “cement is not really a lucrative and competitive business in Guyana so even if we start doing cement, there is more than enough room for sugar”.

Caricom Cement Factory recently announced that following the closure of the Rose Hall Sugar Estate where hundreds of persons would be left jobless, they will be hiring 200 workers as laborers at the factory. It was reported that the factory which seeks to utilize local materials in their cement-making process has secured a number of major markets and is able to manufacture some 600,000 tons of cement annually.