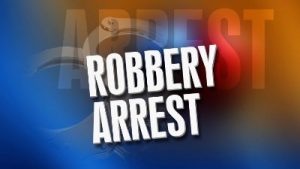 Two men, believed to be perpetrators of several robberies on the lower East Coast Demerara, were early Sunday morning arrested shortly after they allegedly robbed a contractor of a gold chain valued GYD$1.6 million, the Guyana Police Force said.

Investigators said the two suspects  -ages 26 and 31, who are  from Mon Repos and Beterverwagting , East Coast Demerara. “have been apprehended and are assisting with the investigation and that of another recent robbery of a couple.”

Demerara Waves was told that there are several bandits from Mon Repos and Beterverwagting who have been pouncing on persons mostly from Lusignan to Success in recent weeks.

In the latest incident, the bandits robbed a 44-year old contractor at Agriculture Road,Mon Repos ,East Coast Demerara about 01:45 Sunday morning at gunpoint of a gold chain valued $1,680,000.

“The stolen article has not been recovered but the motorcycle used,has been. Minutes after the robbery of the contractor who was driving his motor vehicle, ranks of a police anti crime patrol responded and arrested one of the suspects with the motorcycle.

Based on information received on the identity of the other suspect,several searches were done and he was apprehended,” police said.