Guyana to soften immigration rules; no need for special registration of Venezuelans- Greenidge 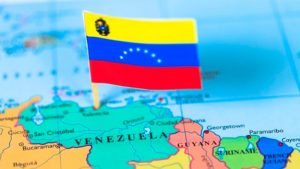 His position comes against the background of mostly Haitians, Cubans and Venezuelans being arrested for illegally entering Guyana without reporting to an immigration officer or for overstaying. He remarked that the Haitians and Cubans are citizens of the Caribbean “that we have general concern for and we agree and have acknowledged that we have to try and make them comfortable rather than feel unwelcome; we will do necessary.”

Guyana’s legal framework, he explained, requires persons to enter the country at authorised points unlike a number of neighbouring countries such as Brazil that allows persons to enter at any point and then register.

The Foreign Minister repeatedly stressed that the new rules would not be confined to Venezuelans, many of whom have been trickling across to neighbouring South American countries and Trinidad and Tobago. At the same time, he assured that Venezuelans would not be shunned.

“We are not without compassion as regards any of our neighbours and I think as regards Venezuelans who find themselves in difficulties, we will extend to them and we will try to extend to them as much support as we would extend to anyone else in the region and in that sense I don’t think we would want to discriminate,” he said.

Reacting to a call by several Guyanese non-governmental organisations for Guyana and other Caribbean Community (Caricom) member states to register Venezuelans to allow for their eventual repatriation when conditions in their home country normalise, the Foreign Minister said Venezuelans should not be given special treatment. “I don’t think that at this point in time, you need to treat with Venezuelan citizens any more differently you treat with others. All, who come into these borders, – if they are  refugees or they are not refugees- they should be registered and having been registered, they can decide…,” he said.

Greenidge remarked that Venezuelans are usually very happy to their culturally rich and beautiful country. “I don’t think there is any reason to expect that when there is normalcy, people would not go back; they would go back. I don’t think the region should worry too much about that,” he said.

The Foreign Minister said the number of Venezuelans arriving in Guyana are very small and not cause for any alarm.