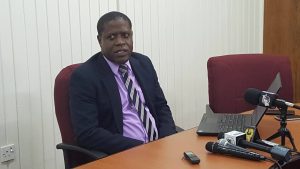 The Central Housing and Planning Authority (CH&PA) has begun legal action against owners of large swathes of land that have done nothing with those properties, Chief Executive Officer of the authority, Lelon Saul said Monday.

Asked by Demerara Waves Online News what efforts were being made to repossess those lands, he said legal action has begun against Sunset Lakes whose directors have since changed hands.

Saul could not say what progress has been so far, he noted that the court system is “slothful” but he was confident that government would regain possession of the lands. He said the Directors of Sunset Lake have sold the company to Bai Shan Lin, but the CH&PA has filed a lawsuit against Sunset Lake.

“The principals have changed because they sold the company..The fact is there are new directors of the company and it is the company that we are pursuing,” he said.

Saul could not immeciately say what percentage of the Authority’s budget has been already spent on the actual construction of houses, but he said the monies would be spent before the end of Guyana’s financial year. “What I can assure you (is that) the monies that are allocated for the actual construction- we anticipate by the end of the year most of it will be spent or committed,” he said.

He said the contract for the construction of 40 duplexes at Perseverance was due to be opened on Monday at the CH&PA’s Tender Board,