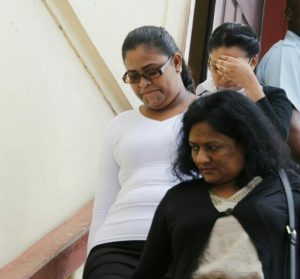 Three employees of Medicare Pharmacy were Thursday morning arraigned on a charge of misappropriating funds and they were granted a total of  GYD$450,000 bail.

The prosecution alleges that between September, 6,2016 and June 2,2017, while being a clerk or servant attached to the Medicare Pharmacy they fraudulently embezzled GYD$650,240 which is the property of that business.

Police further alleged that between May 4, 2017 to June 15, 2017 they also fraudulently embezzled GYD$1.6 million dollars also property of Medicare pharmacy.

The Chief magistrate granted bail in the sum of GYD$150,000 to each of the defendants. She requested that the trio report to the Fraud Section of the Criminal Investigations Department every Friday until the completion of their trial.