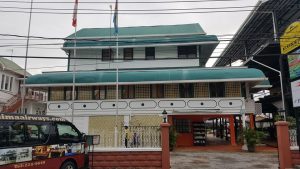 Roraima Airways Chief Executive Officer Capt. Gerry Gouveia on Saturday  rejected reports that suggested that he might have been given preferential treatment for the purchase of two properties from the government, saying that he was not a member of the Privatisation Unit’s Board.

“Captain Gouviea was not a member of the Privatization Board during the period covering the transactions associated with the purchase of the property located at 94 Duke street ,housing what is now the Roraima Duke Lodge,” the Roraima Group of Companies said in a statement.

He said there were nine other bidders and Roraima Airways’ bid, which was the highest, was among the others that had been opened in the presence of the other prospective buyers and officials if the Accountant General’s Office.

The company did not say how much was paid for that building, but pointed out that the subsequent purchase of a building immediately south of the first one was bought for  GYD$50 million plus GYD$8 million in Value Added Tax (VAT).

The building at 93 Duke Street had once housed the offices of the Advisory Committee on Broadcasting and then presidential advisor, Odinga Lumumba. 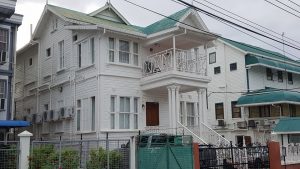 However, Roraima Airways said Gouveia was never part of those deliberations. “Capt. Gouveia himself was never present nor was he part of any discussion with the  Board of the Privatization Unit during all of the proceedings  associated with the sale of the property situated at Lot 93 Duke Street, Kingston.” Gouveia told Demerara Waves Online News that his first meeting at the Privatisation Board was on June 17, 2009.

The company said “Roraima Airways won the public bid/Tender for the second building on the merit of its business plan proposal.” That building was sold by the National Industrial and Commercial Investments Limited (NICIL), a state-owned holding company for government’s assets.

Saying that two recent articles in the Kaieteur News “contain profound inaccuracies and innuendos, Roraima Airways dismissed reports that the sale of the properties had been fast-tracked. “The processes associated with the sale of the aforementioned properties were certainly not handled expeditiously. In fact, it took approximately two years in the first instant and one year, in the second  instance, to fully conclude the transactions.”

The company said 10 years after the buildings were purchased, they have been renovated and house hotel rooms, conference facilities, a restaurant and bar and other facilities which contribute to enhancing Guyana’s tourism product.

Roraima said the two buildings that make up Duke Lodge account for some 100 direct jobs and hundreds more indirect jobs “which have been created on the basis of fair hiring practices and without any regard to race, gender, religion or political affiliation.”

The Roraima Group-which spans aviation, hotel, tourism, travel agency and ground handling- account for almost 300 direct jobs. “The Roraima Group of Companies remains committed to contributing to the development of Guyana and to maintaining its track record of being among the best corporate citizens of Guyana.”