Kick-starting an economy by Basil Springer

“Jesus Christ is the same yesterday and today and forever.” – Hebrews 13:8 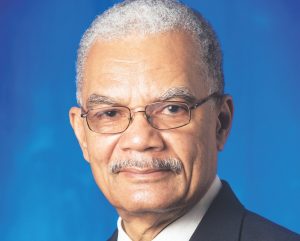 If we spend this energy constructively kick-starting the Barbados economy,  then the engine of growth will become active, functional and productive again rather than coughing and spluttering over the economic landscape.
A fortnight ago, I received a very gratifying comment from a regular reader of my column: “Your thoughts are simple, insightful and practical. In all your articles you have taken what I will call a ‘problem solving approach’.”
Indeed, I do think of myself as a problem solver given my formal mathematics, statistics, biometrics and operations research background.
I am very much aware that individuals, like myself, not formally trained in economics, political science, government, finance or law, which seem to be the pre-eminent disciplines involved in the economic growth and development scuffle, may not want to risk venturing into these deep waters.
However, on reflection, in order to shift from chaos to order and to kick-start the Barbados economy, I have concluded that it is quite safe to take the risk especially if protected by the life vests of experiential learning and problem solving techniques.
Consider the following relevant example of success. In 1994, the Barbados National Bank (BNB) was hemorrhaging to the extent of an annual loss of BB$500,000. The Minister of Finance appointed Mr. Grenville Phillips (now Dr.), a corporate and financial consultant, to be the Chairman of the BNB Board and I was invited to be Deputy Chairman. The rest of the board was drawn from experienced problem solvers in the public and private sectors.
The Barbados Central Bank gave the BNB no chance of surviving. The BNB board, however, had a strategic vision of survival and growth and set about kick-starting an action plan which began by the hiring of Mr. Louis Greenidge, an experienced Barbadian banker resident in Canada, for the position of Managing Director of the BNB. The rest is history.
In 2003, with the latest BNB balance sheet showing an annual profit of BB$27 million, the Republic Bank of Trinidad and Tobago purchased government shares in BNB and acquired majority shareholding. The Barbados economy received a major injection of funds from the sale.
Admittedly the task of kick-starting the Barbados economy is much bigger than that of turning around the BNB, but many of the problem solving principles used for the BNB are the same.
In a small open economy like Barbados there are several variables that have to be dynamically addressed. These include local and foreign debt, treasury bill rates, innovative sources of government revenue, size of government, the level of foreign reserves required to cover seven months’ import cover, size of the fiscal deficit as a percentage of GDP to inspire confidence in creditors and foreign lenders, incentives to the private sector, printing money as a temporary measure, inflation rate, foreign direct investment, inspiring an entrepreneurial thrust, international rating and privatization.
The challenge is to manage these interrelated variables so as to maximize the rate of growth of the economy at a fixed exchange rate. The rate of exchange in Barbados has been fixed for the last 45 years supported by an appropriate mix of macro-economic factors. It is now part of our culture. If we do not kick-start the economy, then devaluation is inevitable. It is not an option as some politicians seem to think.
A problem solving approach is required with a fairly sophisticated input of mathematical programming by experts if we are going to evolve from chaos to order.
My tuppence worth as a problem solver, in the form of a high level summary of how to kick-start the economy, may be encapsulated in the following seven point strategy: (1) Assemble the best problem solving brains; (2) Restructure the debt ; (3) Invite investment; (4) Rationalize government services; (5) Incentivize the private sector;  (6) Shepherd entrepreneurs; and (7) Pursue manpower needs-driven training.
THIS COLUMN FIRST APPEARED IN THE BARBADOS ADVOCATE’S “BUSINESS MONDAY” ON MARCH 6, 2017