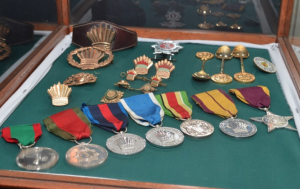 Thirty-one women from various fields are among those who will be conferred with National Awards on the occasion of the 51st Anniversary of Guyana’s Independence for their outstanding service and sterling contributions toward national development.

The awards will be conferred by President David Granger on behalf of the Guyana government.

Leading the list of 69 awardees is Acting Chancellor of the Judiciary, Madame Yonette Decina Cummings-Edwards, who has been recognised with the Order of Roraima. Madame Justice Edwards, who boasts an illustrious legal career that commenced in 1988, was sworn in to her current post on March 28, 2017. She served as a Judge on the Court of Appeal of Guyana for several years and is now the second woman to be appointed to the position of Acting Chancellor of the Judiciary. 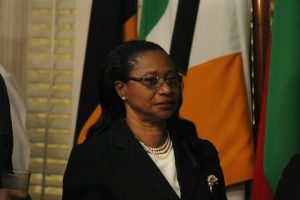 In October 2016, a total of 32 women received awards; four received the CCH, 14 the AA, 12 the MS and two received the DSM. A total of 86 individuals were conferred with awards. Additionally, 12 groups were conferred with the MS insignia on the occasion of Guyana’s 46th Republic Anniversary in February, earlier in 2016.  His Excellency the President and members of the Advisory Council for the Orders of Guyana offer sincere congratulations to all the persons who have been honoured.

On the occasion of the 51st Anniversary of the Independence of Guyana, His Excellency David Granger, MSS, President of the Cooperative Republic of Guyana, Commander-in-Chief of the Armed Forces and Chancellor of the Orders of Guyana is pleased to make the following appointments under the Order of Roraima of Guyana and the Order of Service of Guyana.

Of the 69 persons honoured at this time, 31 are exceptional women who have contributed immeasurably to the development of Guyana in their respective areas of service.

His Excellency the President and members of the Advisory Council for the Orders of Guyana offer sincere congratulations to all the persons who have been honoured.