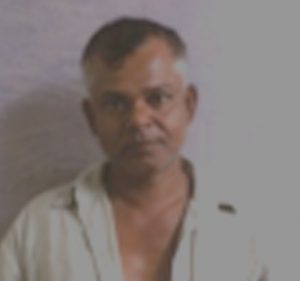 A  fish exporter, who was charged with being in possession of more than 50 kilogrammes of cocaine for the purpose of trafficking, was Tuesday acquitted after the prosecution failed to prove its case beyond mere suspicion.

Mohammed “Panta” Ally, who was on bail, walked out of the Leonora Magistrates’ Court a free man at the end of the trial before Magistrate, Rochelle Liverpool. Liverpool had earlier rejected an application for no case submission and the case went to trial.

Defence lawyer, Bernard Da Silva argued throughout the trial that the elements of possession– knowledge and control–were not proven by the prosecution. Da Silva said while there was suspicion, that was insufficient to prove guilt.

That amount of the narcotic, police had alleged, had been transported in 40 boxes of frozen shrimp to the Cheddi Jagan International Airport (CJIA) by one of Ally’s employees to be placed on a Caribbean Airlines flight.

The prosecution had said that Narcotics Police at the airport had searched the boxes after Ally had allegedly called his employee and told him to cancel the arrangement and return with the consignment.  Attorney-at-Law Da Silva had countered then that the truck, which had been transporting the fish, had stopped at Pouderoyen, West Bank Demerara on its way to the airport.

2017-04-19
Denis Chabrol
Previous: Eye On The Issues by GHK Lall: The financial sector has had a free pass; time to change that
Next: US-bound caretaker caught with cocaine shortly after being granted US visa