Ganja trafficking: One jailed, fined; GTI student one, another remanded 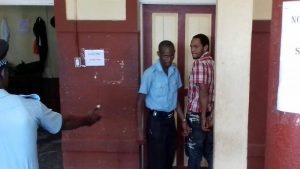 A man, who admitted to being in possession of more than one kilogramme of marijuana, was Tuesday jailed and fined  millions of dollars, and a Government Technical Institute (GTI) student has been remanded to prison on a similar offence.

Sampson admitted to be in possession of 1.096 kilogrammes of marijuana at Itaballi checkpoint on April 13, 2017.

Also appearing in court was 20-year old Julie Bagot, a GTI student. He was charged with being in possession of 238 grammes of marijuana for the purpose of trafficking on April 14, 2017 at East Ruimveldt, Georgetown. 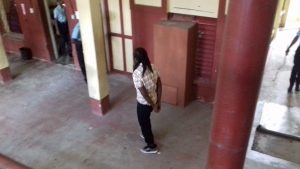 Bagot, of 59 North Ruimveldt, was remanded to prison until May 3, 2017 after he pleaded not guilty to the offence.

He pleaded not guilty to being in possession of 630 grammes of marijuana for the purpose of trafficking.

Mullen’s defence lawyer, George Thomas, told the court that at the time of the seizure his client was asleep in the middle-flat of the three 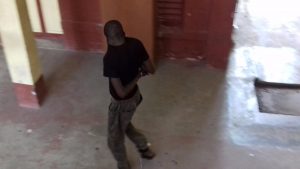 storey building. However, the prosecution’s case is that the marijuana was found in his possession in a transparent plastic bag.

Thomas said it was only after the search by police that his client was awakened, arrested and charged with the offence.

The Chief Magistrate upheld the prosecution’s objection to bail on the grounds that no special reason was given.

Mullen has been remanded to prison until May 15, 2017 when he will appear before City Magistrate, Judy Latchman.