West Indies Captain Jason Holder said making the final cut for the ICC 2019 World Cup is his team’s main focus heading into the upcoming One Day International (ODI) home series against Pakistan which bowls off this Friday at the Providence National Stadium, Guyana.

Holder and his men, along with their Pakistani opponents, arrived in Guyana at the Cheddi Jagan International Airport Monday afternoon ahead of their three matches to be played in Guyana. After failing to qualify for the upcoming 2017 Champions Trophy tournament, the Caribbean side, who are currently ranked 9th on the ICC ODI list, will desperately need to beat the visitors who are 8th, in order to qualify for the World Cup which has a prerequisite cut-off time of September this year. 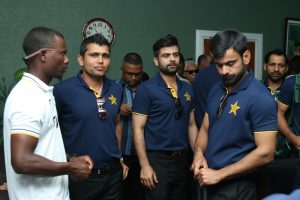 The fast-bowling skipper told local media operatives during a brief interview that, apart from looking to muscle their way into the world rankings before the World Cup, he and his team have sights set on making the most of a relatively short series and getting off to a good start will help to pave a way for more positive performances as the series progress.

“I think it’s a good squad, we just have two changes but I think this squad has what it takes to beat Pakistan. We just need to play good cricket”, said Holder regarding the composition of the 13-man team, which features just one Guyanese in leg-break bowler Devendra Bishoo.

While the West Indies have managed to show glimpses of their firepower during the recent T20 series which they lost 3-1, Holder admitted that no pressure was on the Caribbean side. Rather, he admitted that the Windies needs to “play each game as it comes and once we start well, we could put Pakistan under pressure”.

Meanwhile from the visiting camp, Assistant Coach Steve Rixon said the ODI series was the main focus for the Pakistanis as it is being used as preparations for the upcoming Champions Trophy. “Very much the focus has been One Day cricket, it’s been a major focus (the ODI’s) it’s something we haven’t played particularly well so we’re looking to do good as well as commit to the Champions Trophy”. 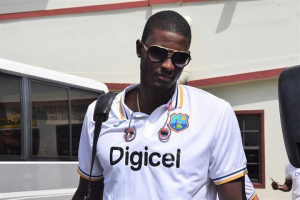 Pakistan, who were once wallowing in the same 9th position as their opponents, have managed to raise their rank slightly  and improve their cricket in the 50-over format. Rixon pointed out that since coming together the goal was to help raise the standard of the team and outlined that they will continue to seek an uprising especially with major limited over tournaments fast approaching.

The ex-Australia wicket-keeper/batsman also said that the team’s bowling department is well-suited for the conditions in Guyana and the nature of the pitch would not matter as they have numerous suitable bowling options. “Whether it’s bounce or spin it doesn’t really matter, don’t have a problem whether it’s turning or got a little extra bounce so bring it on anyway”, said a confident Rixon.

He concluded by saying he hopes the West Indies will post a good challenge to the Pakistanis and he was impressed by some of their players and wished them the best in their rebuilding process. Both teams will have a few days to get acclimatized and get in some last-minute fine-tuning ahead of Friday morning’s 9:30 hrs start.