Mikhail Rodrigues, the man who took social media by storm when he used a sledgehammer to lash off a parking clamp from his vehicle, was this morning charged with fraud in the Georgetown Magistrates Court.

Rodrigues, a 37-year-old Regent Street businessman, came before Chief Magistrate Ann McLennan charged with fraudulently converting a motor canter, GJJ 4976, to his own use.

The businessman, of Coldigen, East Coast Demerara, was given the $2.2million canter to use by Raghubeer Paul. He was expected to return it but, instead, he converted it to his own use.

Police prosecutor Alwyn Moore did not object to bail for Rodrigues. Chief Magistrate McLennan granted bail to Rodrigues at the sum of $200,000.

He was seen walking out of the court compound this morning after paying his bail. 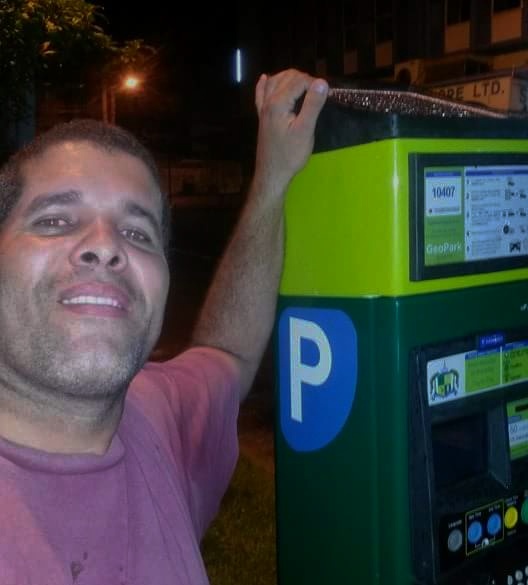 He became widely known with the Movement Against Parking Meters as a vocal supporter of the movement challenging the problematic parking meter regime.

Just recently Rodrigues was captured on video striking a parking meter clamp with a sledgehammer after the clamp was placed there by parking meter wardens. He was never charged.

A few hours after the action by Rodrigues, the government announced an immediate suspension of the project, amidst two court actions and weeks of mass protests outside the Georgetown City Hall.

Rodrigues is expected to return to court on April 7. 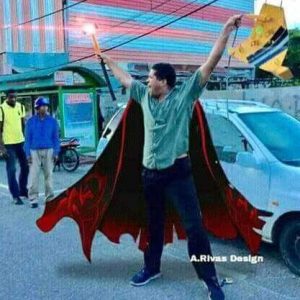 A photoshopped image of Rodrigues wearing a cape after he used the sledgehammer (right hand) to lash off the clamp (left hand).