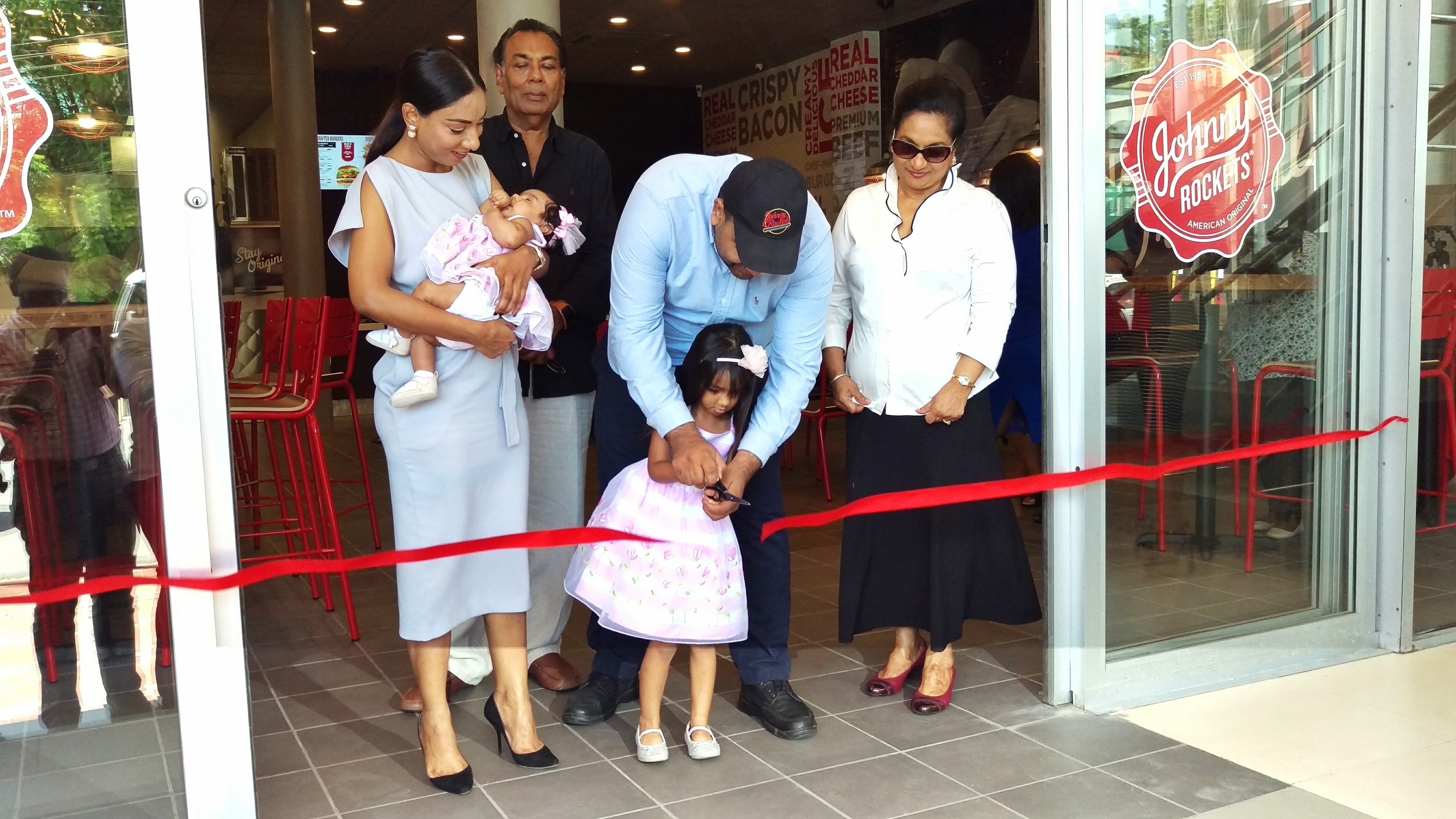 Located next door to the Medicare Pharmacy opposite Parliament Building, the upscale burger spot offers a range of burger combos built to the customer’s requests.

Co-owner of the local franchise, Preeta Mangar, told the press corps today that the eatery is currently operated with 60 staff members, and with the expected success of the Hadfield location, more franchises could pop up in the near future. 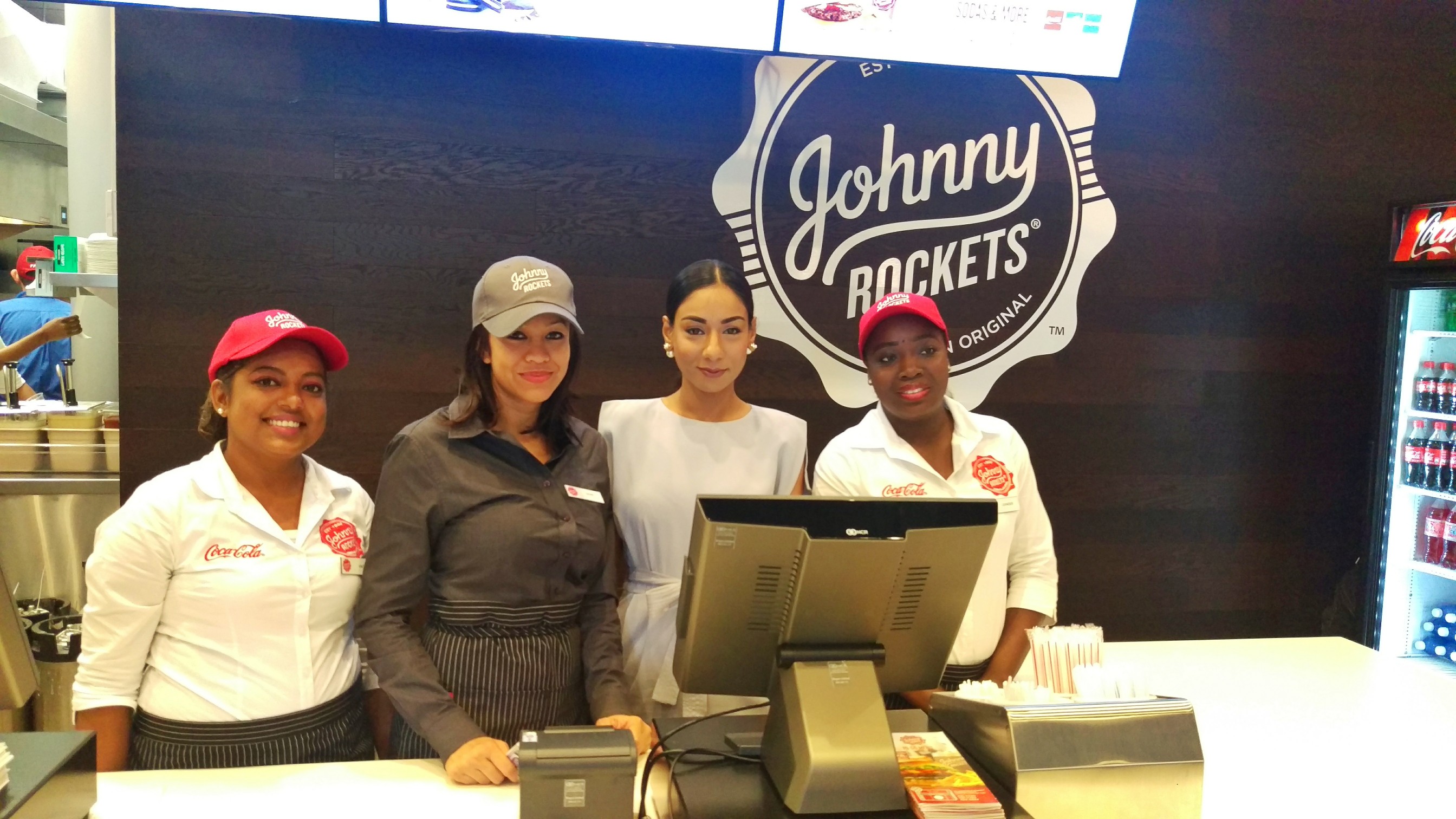 Preeta Mangar (second from right) with other staffers of the just-opened Johnny Rockets’.

Mangar said the current investment is somewhere in the millions of dollars, as the local franchise works along with the United States-based Johnny Rockets’ Incorporated.

Although Guyana has seen the withdrawal and later re-entry of major international restaurant brands, Manager assures that the local Johnny Rockets’ is here to stay.

For a brief time, the local franchise on Hadfield Street is offering customers a grand-opening special of free refills with every purchase. 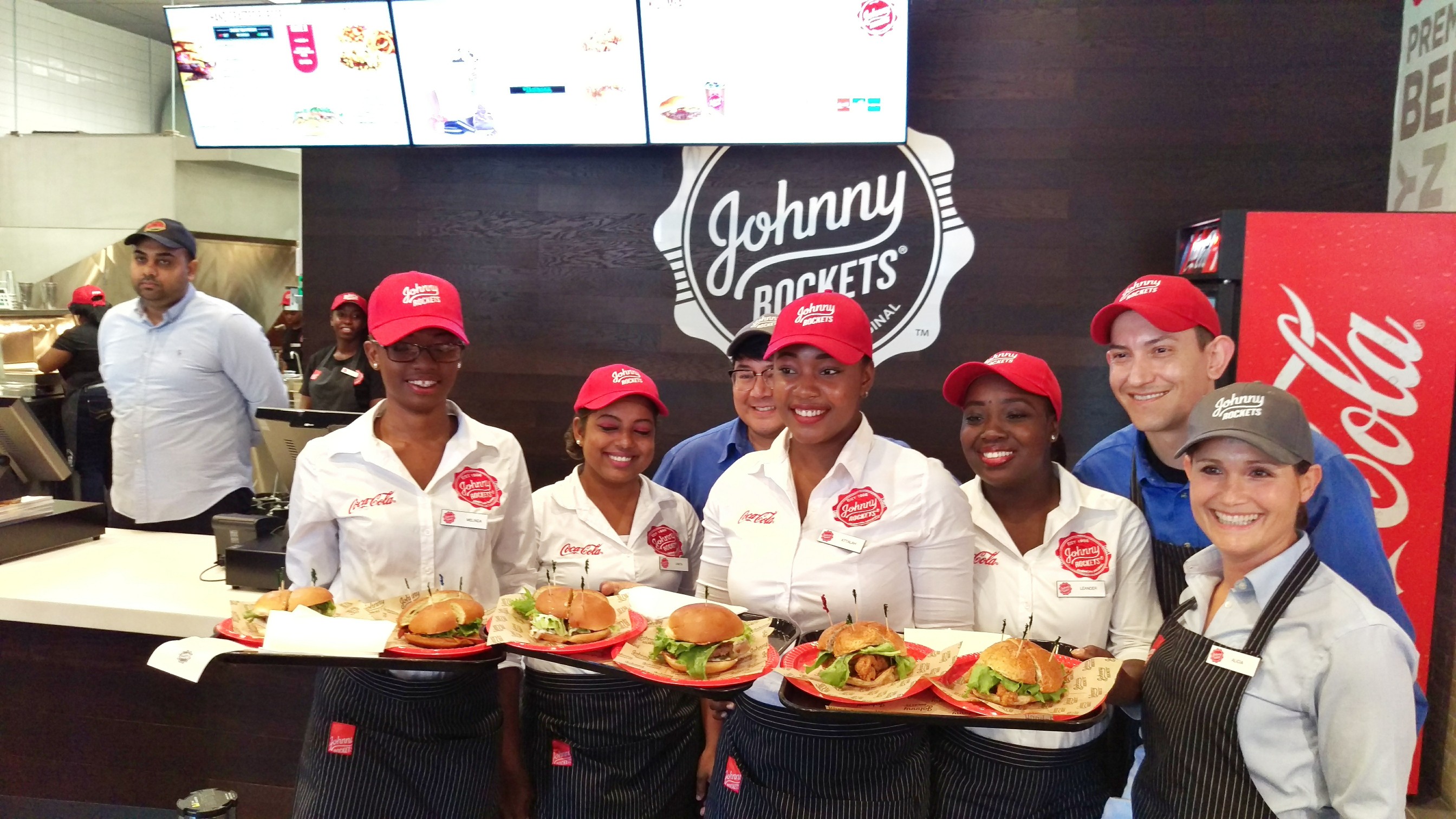