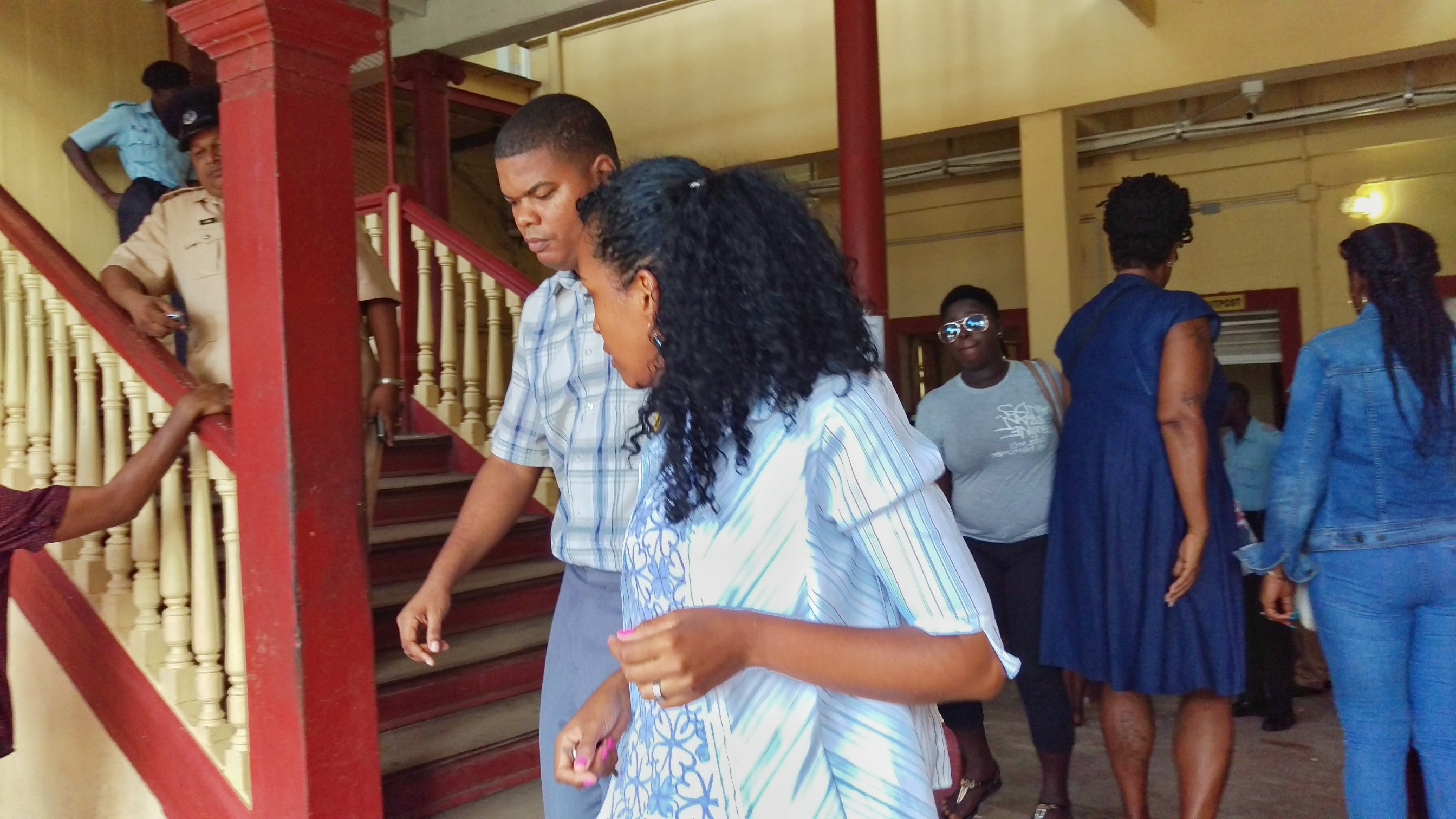 Haleno Luiz and his wife leave the Georgetown Magistrates’ Court.

After two failed bail attempts before Chief Magistrate Ann McLennan, senior pastor of the Universal Church, Haleno Luiz, today walked out of the Georgetown Magistrates’ Court after his lawyer, Mark Waldron, secured his bail through the High Court.

Luiz was charged on March 6 with causing the death of Maurice Moseley on March 3, when he failed to stop at the corner of Hadfield and Smyth Streets, hitting Moseley off his motorbike. Moseley was taken to the hospital where he was pronounced dead on arrival.

When Luiz was first presented before the court, police prosecutor Deniro Jones made strong objections to bail. Jones took into consideration the nature and penalty of the offense, as well as the fact that Luiz is not a Guyanese citizen.

Chief Magistrate McLennan denied bail for the accused, since there was concern that he would flee the jurisdiction.

His current attorney, Mark Waldron, first appeared on Luiz’s behalf on March 15. Waldron had made a second bail application, for which police prosecutor Arwyn Moore made no objection.

Chief Magistrate Ann McLennan was then at odds on police prosecutor Moore’s swift no-objection to bail, even though the investigating officers had not yet confirmed a fixed addressed for the accused.

Luiz, a 35-year-old Brazilian national, had pleaded not guilty on March 15 to the charge against him that he caused the death of Moseley as he was driving his vehicle in a manner dangerous to the public.

Moore, after concerns raised by the Chief Magistrate, then requested that the matter be stood down for two weeks so that ranks could confirm the address of the accused. Luiz was expected back in court today, March 28.

The court had initially expressed concern since Luiz’s stated address was the address of the church, where he worked.

Waldron told the court his client’s address is listed as Charlotte and Wellington Streets because the church was the organisation which applied for the work permit on Luiz’s behalf.

McLennan, however, remained unsatisfied saying the accused was a flight risk, and further, the Guyana-Brazil border is easily accessible.

Luiz, a well-known televangelist, has television programmes on Channels 9, 11, and 69, which airs in Georgetown, Demerara, and Berbice.

He moved to Guyana three years ago spreading the word of God. He is a resident of Guyana who holds a work permit issued last year. Luiz was however working in Guyana for three years, attached to the Church.