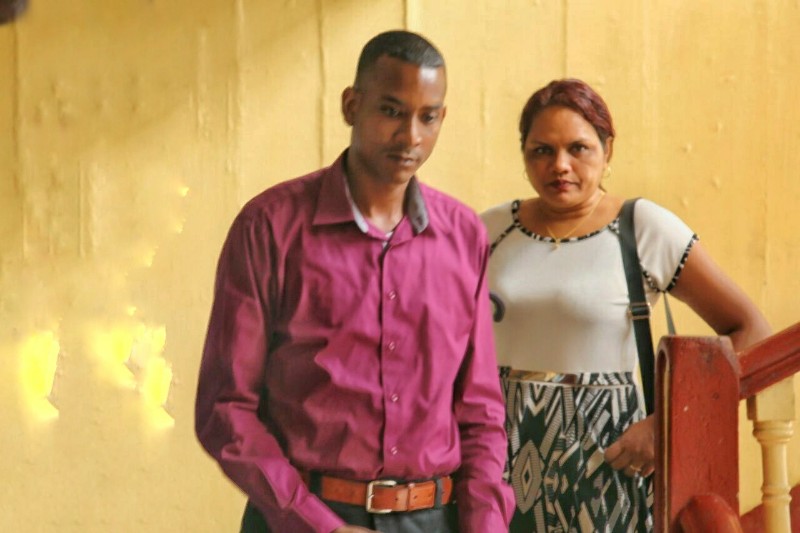 A video recently went viral on social media where the senior rank was seen engaging in less than professional behaviour.

The court heard today that 29-year-old ASP Thompson was in Broad Street, Georgetown on February 27, when Hemchand Budhai reported him to an officer who was passing by.

That officer, Police constable Leandre Gillis, was told by Budhai that ASP Thompson’s vehicle crashed into his. Budhai’s vehicle had other persons inside.

The court heard that when Budhai had initially approached ASP Thompson, he responded abusively with colourful language, and even threatened to kill Budhai as well as the occupants of Budhai’s vehicle.

When police constable Gillis arrived on the scene, he spoke with Budhai, after which he escorted Budhai to ASP Thompson’s vehicle.

The court also heard that it was then that ASP Thompson, after hearing the allegation by Budhai, asked the junior police rank, “what the F%#$ you gon do about it?!”

Police constable Gillis then made a report to his superior, and ASP Thompson was escorted to the Brickdam Police State by Gillis and one Police Corporal Jones.

ASP Thompson, of Stewartville, West Coast Demerara, was granted $120,000 bail by Magistrate Latchman after bail was not objected to by the police prosecutor.

ASP Thompson seemingly received favourable treatment as he was neither shackled nor handcuffed when he was escorted into the police outpost by his colleagues.

He will return to court on March 27. ASP Thompson also told the court he has another matter in another court, relating to careless driving.

2017-03-20
Derwayne Wills
Previous: Security Sector reform recommendations should be “not just sitting on a shelf”- UK envoy
Next: Businessman charged, gets $1.5mil bail for attempt to hire ‘hitman’