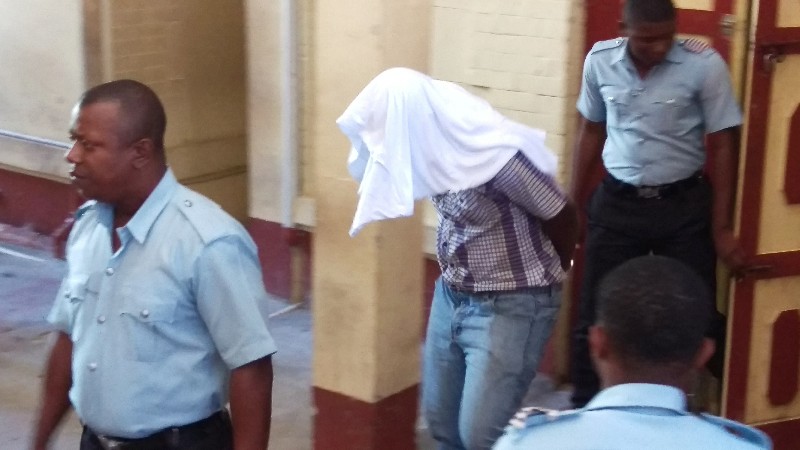 Police Corporal Shevon Marks escorted to the police outpost at the Georgetown Magistrate’s Court handcuffed from the back, with a white t-shirt covering his face from media cameras.

Shevon Marks, the police corporal named in an attempt to smuggle an AK-47 assault rifle out of the Tactical Services Unit compound, was charged today, March 14, by Chief Magistrate Ann McLennan for illegal possession of the high-powered rifle, with matching ammunition.

36-year-old Marks, represented by senior counsel Bernard De Santos, was implicated in what was believed to be a ‘sting’ operation carried out by investigators at the Criminal Investigation Department. Marks has been in the Force for 17 years, according to his attorney.

He was slapped with two charges of illegal possession, while not being the holder of a valid firearm license. The first charge was for illegal possession of the firearm, while the second was for 40 rounds of matching ammunition. Marks plead not guilty to both charges.

The court heard today that police had received information that Marks was prepared to sell an AK-47 assault rifle. It was then that police investigators devised the operation, according to police prosecutor Deniro Jones. 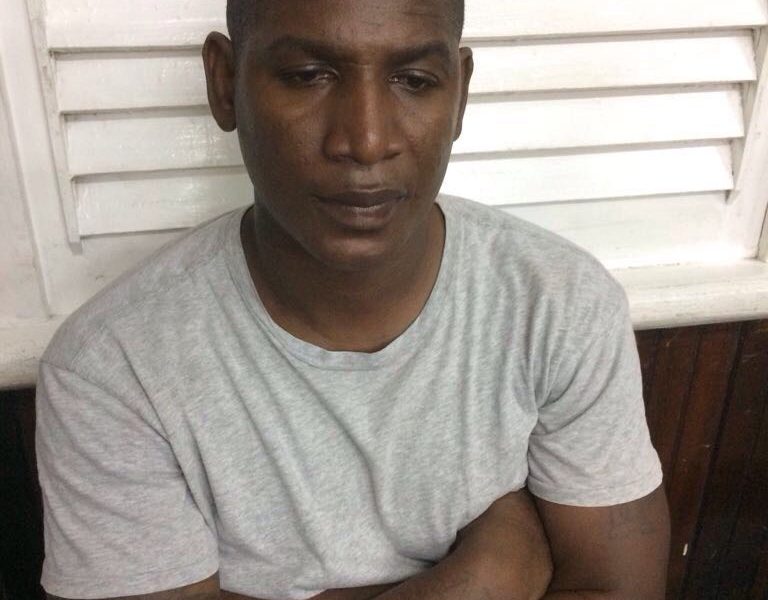 Jones told the court that a police rank observed Marks placing the assault rifle into the back of a vehicle at the Tactical Services Unit headquarters at Eve Leary on February 28 last.

After Marks drove out the compound, Jones continued, police intercepted the vehicle he was travelling in and the rifle was uncovered in the back.

De Santos recounted what was published a few days ago, that while some believe he had fled the jurisdiction, he was actually given 14 days sick leave by a Doctor. De Santos said his client did not have to be arrested but instead turned himself in.

Objecting to statements made in open court by the prosecution, De Santos SC said police prosecutors must be made accountable for their irresponsible statements.

Outside of the charges against Marsk today, a senior superintendent of police, one Denny, was named in the police probe of the assault rifle leaving TSU compound.

Crime Chief Wendell Blanhum told the press corps some time ago that Denny would not be criminally charged, but would instead be dealt with departmentally.

De Santos made a bail application for his client, which was objected to by the police prosecution, noting there were no special circumstances presented to the court which would warrant the success of such an application.

Chief Magistrate Ann McLennan said she was not convinced of special circumstances surrounding the defendant’s case, and denied bail. Corporal Marks will return to court on March 22. The investigation file is still incomplete, pending a ballistics report.