#LifeInLeggings: A growing movement for women’s rights in a ‘patriarchal’ Guyana 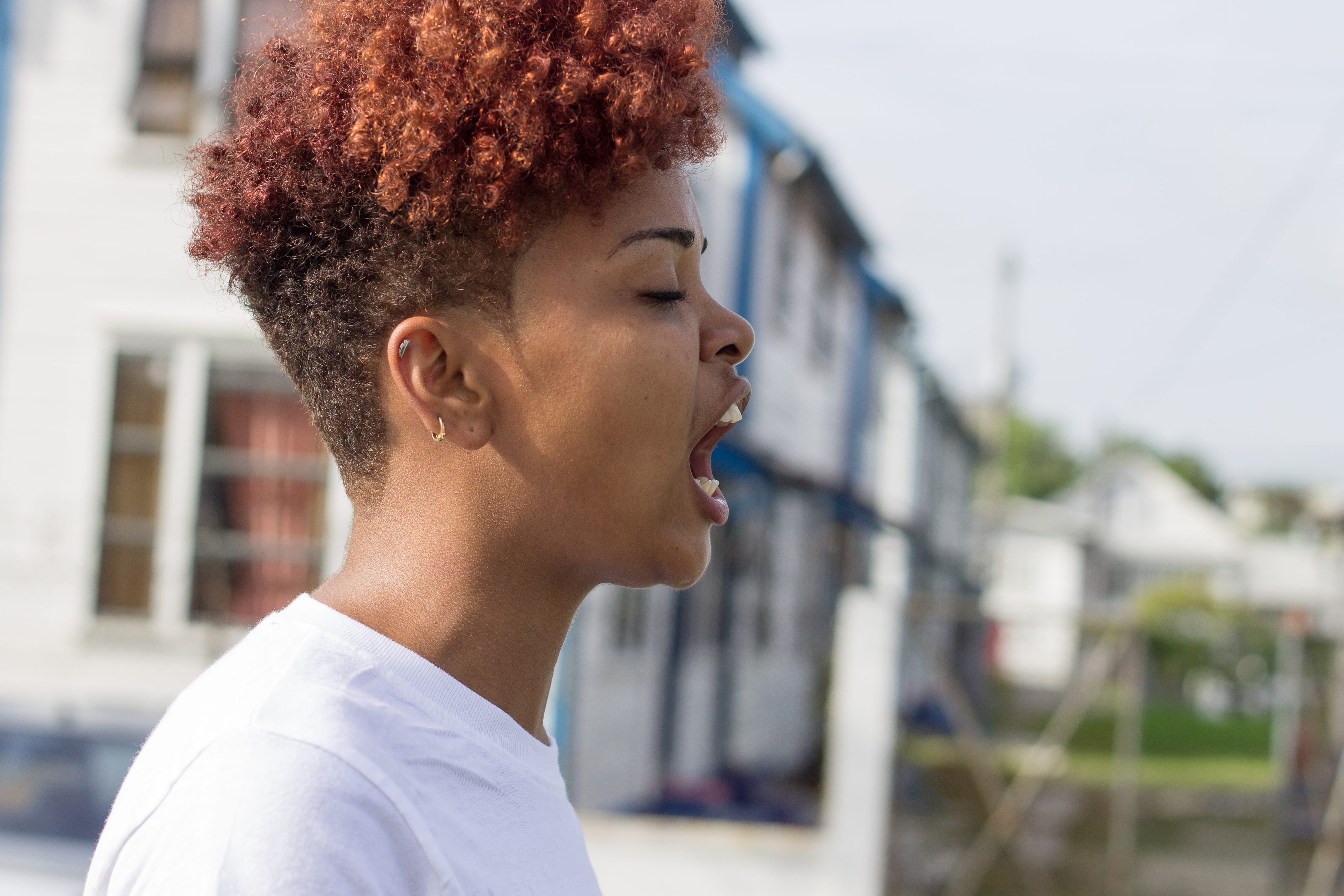 Local organiser of ‘A March for Girls,’ Akola Thompson

The Square of the Revolution yesterday, March 11, facilitated a different kind of resistance as women- cisgender and transgender- along with male supporters gathered in solidarity with the regional #LifeInLeggings movement, challenging the normalisation of violence against women and girls.

The march participants traversed the Brickdam Road route from Stabroek Market Square to the Square of the Revolution, holding up banners with defiant messages asserting bodily autonomy, as bystanders along the route showed curiosity, and contempt in some regards.

One passerby, at the busy market-place starting point, shouted transphobic statements through a minibus window. A reflection of the culture in Guyana where transgender women are denied their sense of identity. 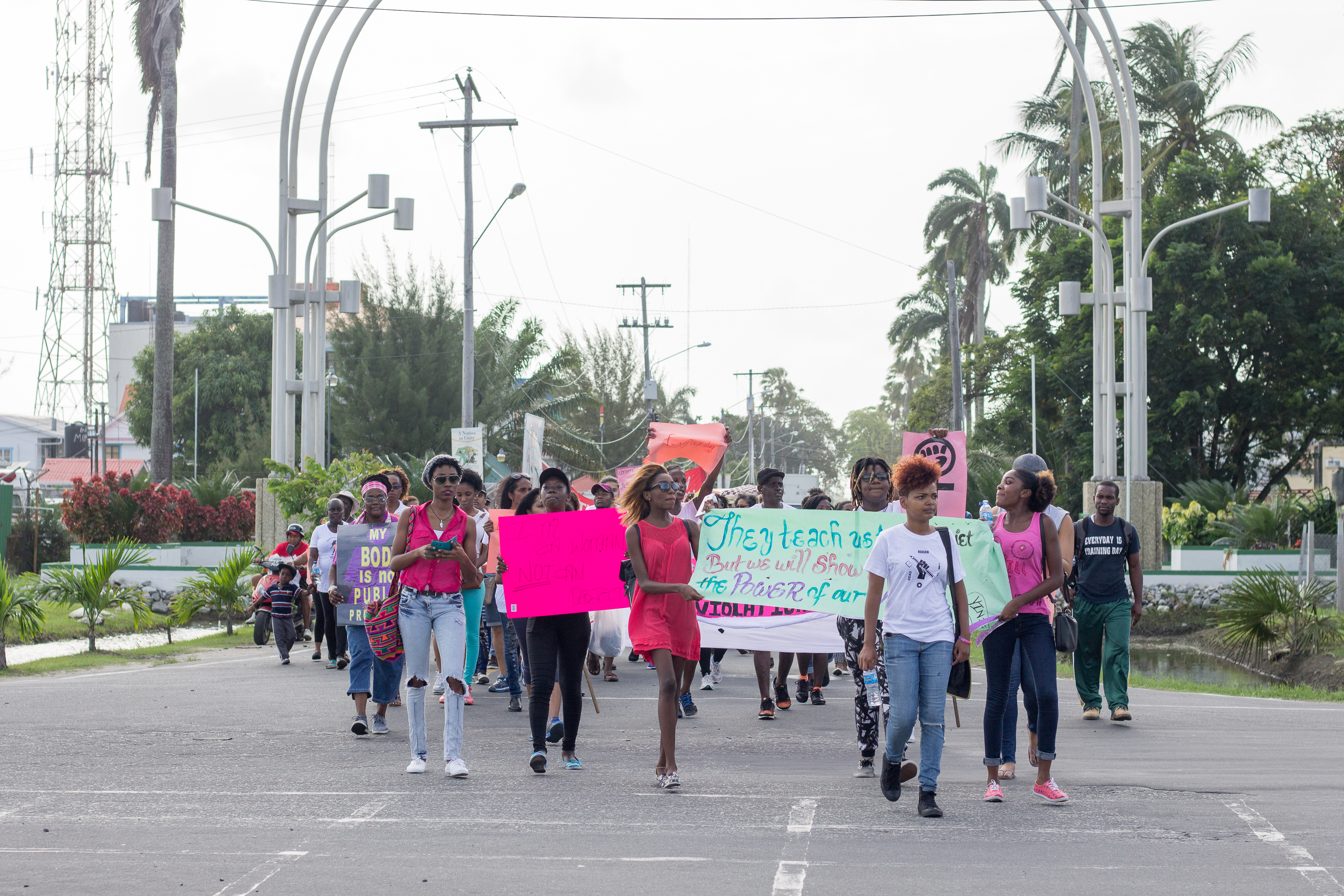 The procession moved up Brickdam Road, under the Independence Arch and onto the Square o the Revolution. Participant groups included the Society Against Human Rights Violations, Help and Shelter, Red Thread, and the Guyana Responsible Parenthood Association, along with individual participants.

Akola Thompson, local organiser of the marched titled ‘A March for Girls’ and founding member of the university-based Student Society Against Human Rights Violations, shared her own survival story of domestic violence with other participants at the Square of the Revolution.

21-year-old Akola, whose daughter is almost five years, called for resistance of the urge to tell mothers in abusive situations to remain in those relationships for the sake of their children or because of their economic dependence.

“It wasn’t until one night that I had a belt wrapped around my throat that I realised if I stayed, then maybe… I wouldn’t be around to see that child,” Akola said, as she explained her appreciation that her family and friends eventually had a shift in position, and assisted her out of her abuser’s grip.

Another survivor, Natasha, spoke about the support she received from the Help and Shelter, a local organisation working with both offenders and victims of domestic violence, after she lost her right arm, most of her fingers, and her two children to an abusive husband, who committed suicide before he could face justice.

Natasha related the difficulty of leaving her abusive relationship, and how engulfed she was by silence. She begged participants to speak up and speak out after the first sign of violence. Her daughter would have been 10-years-old this year, and her son, 6. 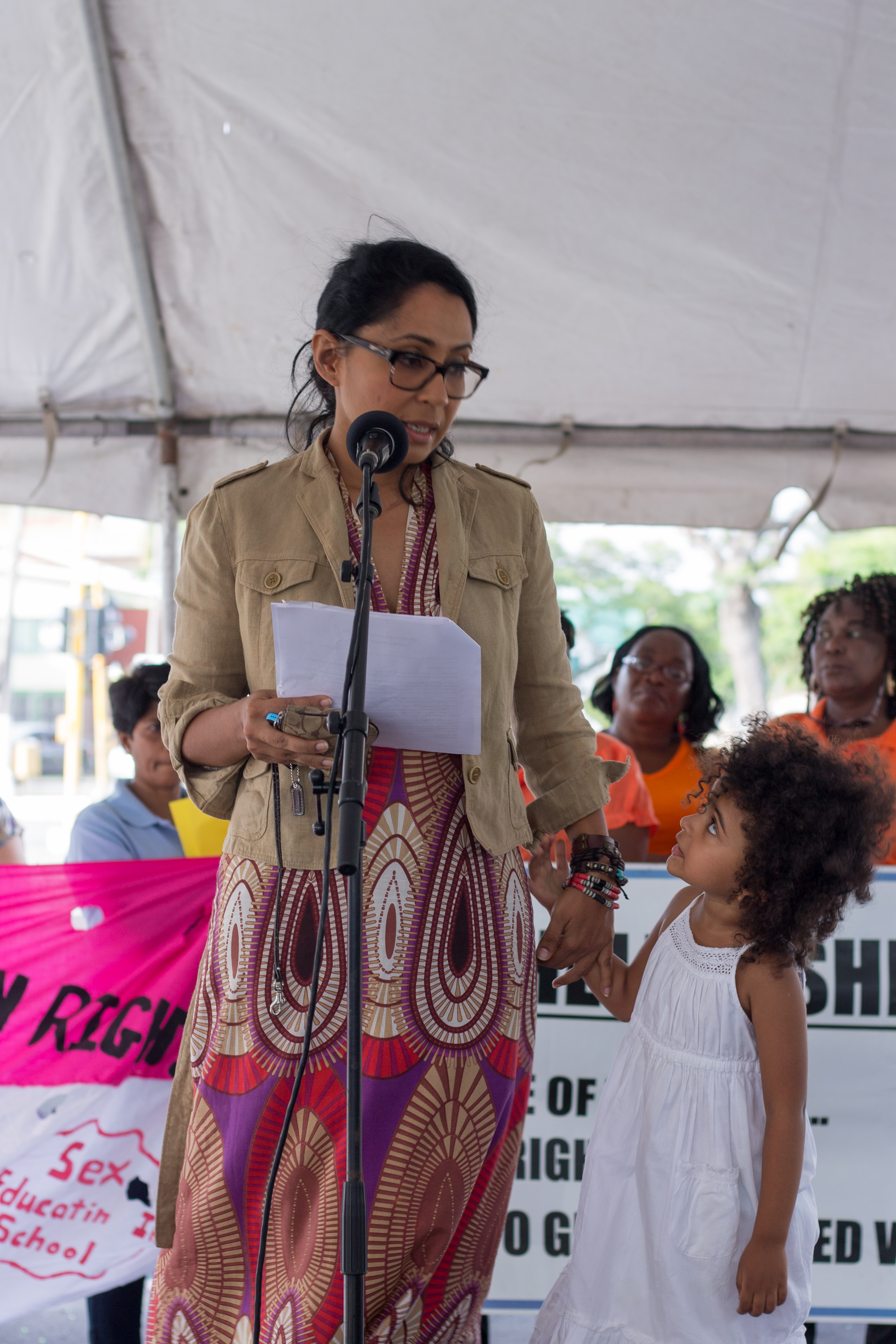 Lawyer and activist Nadia Sagar speaks at A March or Girls with her daughter by her side.

Nadia Sagar, a lawyer and activist, stood with her young daughter on the platform as she spoke with teary eyes of shaping a better world for her little one. “There can be no love where there is domination. And anytime we do the work of ending domination, we are doing the work of love.”

“I remind myself of this on the days when I am at my most hopeless and enraged. Today, you are standing for women and girls. Girls like my daughter,” Nadia said, holding back tears, “and I ask you to clear a path for her and all of the girls who will grow up silencing themselves. Smiling as they are taught to do even as they wither inside. Embrace your power, even if you are afraid.”

Twinkle was barred last year from entering a courtroom at the Georgetown Magistrates’ Court. Meanwhile, at the Court of Appeal, three senior judicial officers had heard an appeal request for clarity on what constitutes an “improper purpose” since an initial ruling in 2013 by then-Chief Justice Ian Chang noted cross-dressing in Guyana was legal, unless done for an improper purpose.

The Appeal Court last February upheld Chang’s 2013 decision, saying it could not interpret what Parliament did not define in 1894, when the law criminalising cross-dressing was enacted.

An “improper purpose” is now left to the individual interpretation of Magistrates hearing court matters involving transgender women. The world recently observed International Women’s Day under the call to action of “Be Bold for Charge.”

Organisers of the local march, which was replicated in other caribbean countries including Barbados, and Trinidad and Tobago, expanded the march’s agenda to include the issues of transgender women. “We don’t live single issue lives,” according to Akola, quoting American poet and activist, Audre Lorde.

The #LifeInLeggings movement traces back to Barbados during the 16 days of activism to end violence against women and girls last year. The hashtag was founded by feminist activist, Ronelle King, who shared her own experience of navigating the violence of street harassment.

Her experience and the hashtag, which eventually became well-known in the Caribbean and the global North, was used as a rallying point for other women who suffered different forms of violence by men.

The movement has since grown to challenge patriarchal notions of power and dominance, where men are socialised to think themselves superior to women. 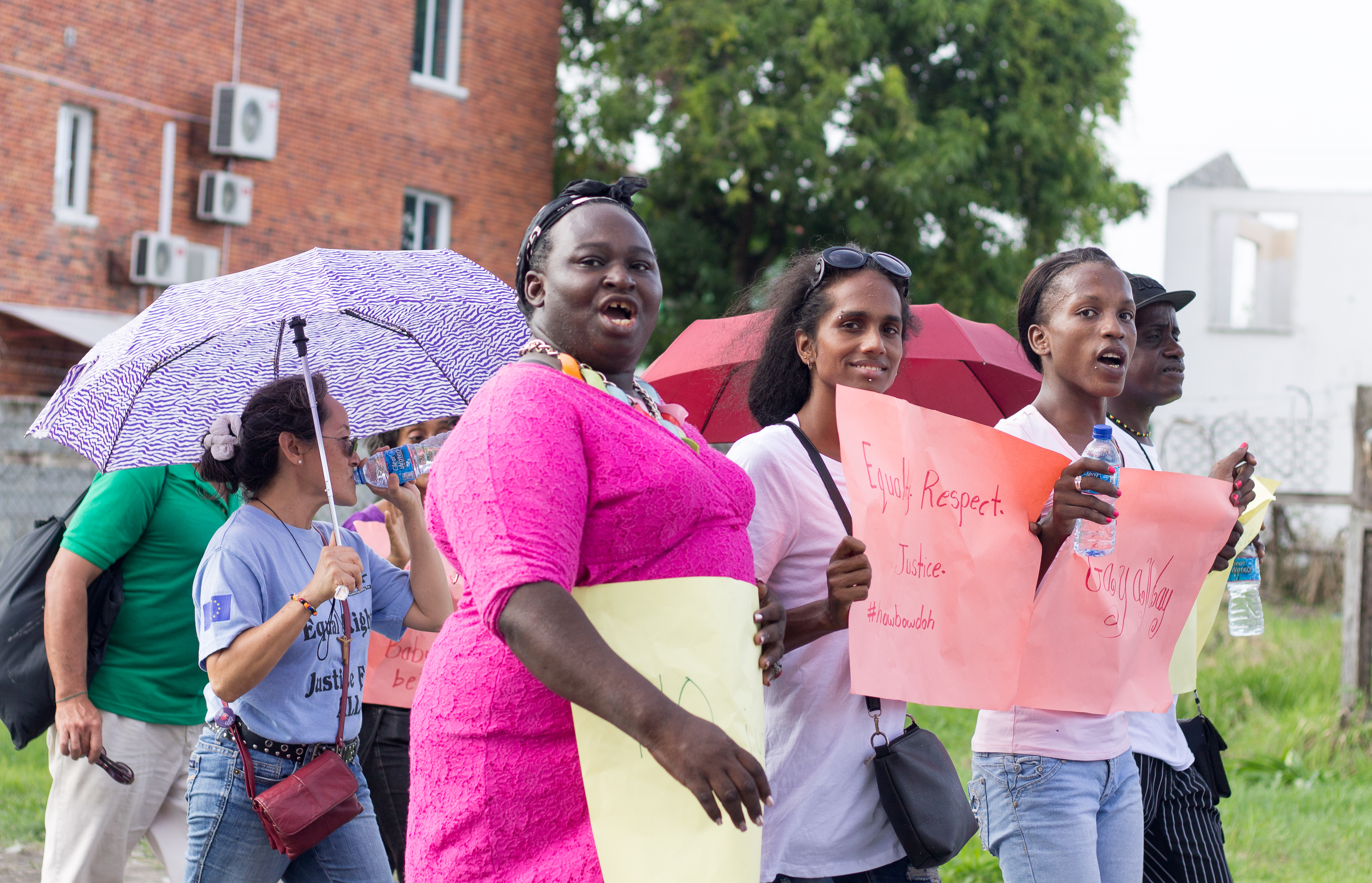