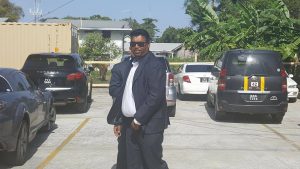 “This is a police investigation, this is not a PPP (People’s Progressive Party) investigation. The police dictate where they interview the suspects, not the individuals. Also all the exhibits are here, so they [police] can’t transport them all around the country to do that. It makes sense to do the investigations at the police station where you have all the materials; your recording equipment and visual equipment as well,” Dr. Sam Sittlington told reporters.

After Luncheon and Jagdeo were arrested on Tuesday, the PPP appeared to back down from their original position that all those wanted for questioning could have been interrogated at the Opposition Leader’s Office or the law office of Attorney-at-Law, Anil Nandlall. Instead, all the other former Cabinet and other officials voluntarily arrived at SOCU’s headquarters on Camp Street, Georgetown to be questioned. 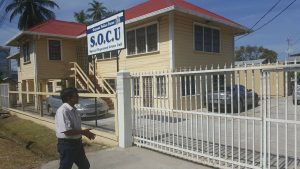 Sittlington declined to comment on whether anyone, including former PPP Cabinet members, would be charged in connection with their acquisition of seaside house lots at Ogle-Sparendaam, East Coast Demerara. “I can’t comment on that.”

He noted that the police have to power to arrest persons suspected of committing a misdemeanor without an arrest warrant. “ Whenever the police require them for an interview and they refuse to, then they are breaching that, and the police can come in and arrest them. The whole point is to bring someone in to gather evidence because you suspect them of committing a criminal offense,” he said.

Attorney-at-Law,  Anil Nandlall on Wednesday rejected claims that the then People’s Progressive Party Civic (PPPC) administration had virtually gifted Cabinet members, among others, seaside housing lots at below market rates.

“Every single house lot that was distributed in this country was done way below the market price,” he said, and questioned whether GYD$50,000 for a house lot in Mon Repos and GYD$200,000 in Eccles were market prices. 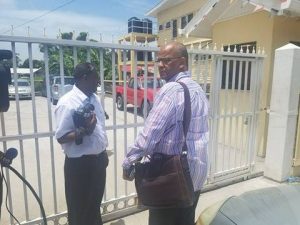 Nandlall, a former Attorney General, said accusations that the PPP gave its ministers cheap house lots deliberately  “is a massive, wicked fabrication to denigrate the leaders of the PPP and political opposition and it will not work. He denied that any of the beneficiaries committed offences. “It is not criminal. Subsidized housing has been part of the PPP’s greatest legacy of this country,” he said.

Former Prime Minister, Samuel Hinds also suggested that the State radio’s transmission mast was not removed from Sparendaam as part of a plan to vacate the land for distribution to several of his then Cabinet colleagues and others prominent persons.  He said documentation dating back to 2004, “formal discussions began for the removal of the tower” to facilitate the upgrading of the Ogle Airport.

A well-respected expert in the aviation sector told Demerara Waves Online News that the antenna mast was in the takeoff path and authorities had considered removing it since the early 2000s. “It was in the path, it would have been in the obstacle limitation surface of the aircraft,” the expert said.

Pending the removal of the mast, aviation experts had crafted a procedure for the aircraft to take off at a specific distance either left or right of the transmission facility. 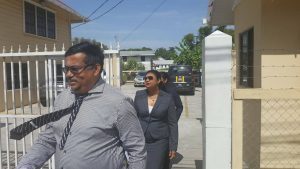 Former Minister of Education, Priya Manickchand immediately behind her Attorney-at-Law, Glen Hanoman as they left SOCU’s headquarters on Wednesday, March 8, 2017.

Former Education Minister, Priya Manickchand said she applied for and was sold a house lot like any other Guyanese through the established channels.  “I answered to the best of my ability. I applied for a house lot under the national housing programme and was allocated one,” she said. “I did not apply for a land at Pradoville. I applied under the national housing programme for a government house lot in Region Four, as a result of which whatever Housing (Ministry) does, they did.”

She reportedly paid GYD$1.5 million for the house lot located at Pradoville 2- (Ogle-Sparendaam), East Coast Demerara., constructed a house and sold it for GYD$100 million. Manickchand said she paid the Guyana Revenue Authority (GRA) Capital Gains Tax following the sale of the house and land. She said she obtained mortgages to construct the house.

Asked how does one account for such a huge selling price, Manickchand’s lawyer, Glen Hanoman, said a lot of money was spent on the development of the land and construction of the house which was subsequently sold with furniture and fixtures. 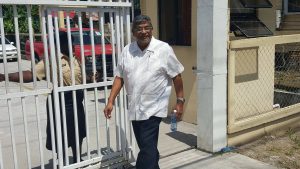 Former Permanent Secretary of the Office of the President and former Minister of Labour, Dr, Nankishore Gopaul.

Dr. Nankishore Gopaul, who at one time served as a Permanent Secretary of the Office of the President and later as Minister of Labour, said he never owned a house lot at Pradoville 2. He said SOCU investigators questioned him as Chairman of the National Communications Network (NCN) whose transmission station had been located at Sparendaam. Asked whether he knew if the antenna mast had been removed to facilitate the development of the land for housing. “I don’t know about anything with respect to the development of Pradoville 2. I wasn’t a minister of the government at that point in time.” “I was a public servant. I never in my working career had any query with respect to my job. My work has always been 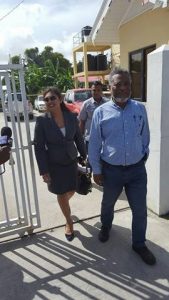 transparent and I follow the rules of a public servant and I am perhaps the only public servant that has never had an audit query in my career,” he said.

Gopaul stressed that he has never been involved in corruption and that he had nothing to do with the purchase of a house lot by his son, Ghansham Singh. “No! Absolutely nothing. My son acquired his land in his own right and on his own behalf. I have never intervened on behalf of anyone. I don’t beg favours. As a public servant, I am very professional,” said Gopaul, now a member of the Public Procurement Commission.

The PPP has accused government of being on a witch-hunt to distract from Guyana’s poor economic performance and heavy taxation. 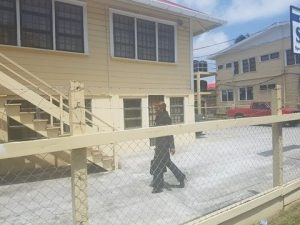 In a High Court case filed by former parliamentarian, Desmond Trotman and the Committee for the Defence of the Constitution Inc in September 2015, the court documents state that Manickchand and Persaud made hefty profits from sale of those lands and houses.  On February 21, 2013, Manickchand sold her land, building and erections for GUY$100 million to David Narine and on August 23, 2012 Persaud sold his land, building and erections to LSR Inc for GUY$90 million.

The applicants listed the following known supporters of the PPP and government employees who benefitted from “government’s largesse” :  Andrew Ranji Bishop, Florrie Loretta Ramnauth ( Dr. Luncheon’s former common-law wife), Rajendra Singh (former Chief Executive Officer of the Guyana Sugar Corporation ), Safraz Khan, and Ramesh Dookhoo who each purchased 0.3005 of an acre for GUY$1,502,000. Others are George Hallaq and Nada Hallaq who paid GUY$5 million for 0.8422 of an acre, and Future Developers International(Guyana) Inc whose sole director is Dr. Rajendra Singh purchased 0.5534 of an acre for GUY$3 million.