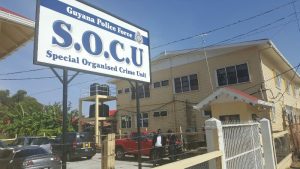 It’s Day Two of questioning of former People’s Progressive Party (PPP) ministers by the Special Organised Crime Unit of the Guyana Police Force (GPF) about how they acquired seaside lands allegedly at below market prices.

Former Education Minister, Priya Manickchand left SOCU’s headquarters shortly before 10 AM. She did not discuss details of her more than one-hour long questioning, saying she has to represent a client in court and will return later.

Arriving shortly before 9 AM Tuesday was former Labour Minister, Dr. Nankishore Gopaul. Joining him at about 9:20 AM was former government minister and former CEO of Guyana Water Incorporated, Shaik Baksh. 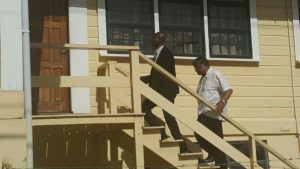 Gopaul arrived unaccompanied by an attorney and was greeted by SOCU’s Head, Assistant Commissioner Sydney James.

Also questioned Wednesday was former Housing, Water and Tourism Minister, Irfaan Ali. He confirmed that he was questioned about Pradoville 2 but declined to provide details. His lawyer, Devendra Kissoon, declined to comment about allegations that Ally and others might have used their offices to acquire house lots beyond market value. 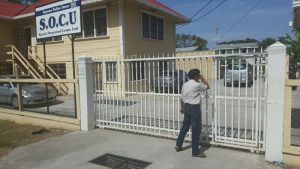 Asked whether the probe into the acquisition of lands at Pradoville 2 (Goedverwagting-Sparendaam) was making progress, James said “I would believe so.”