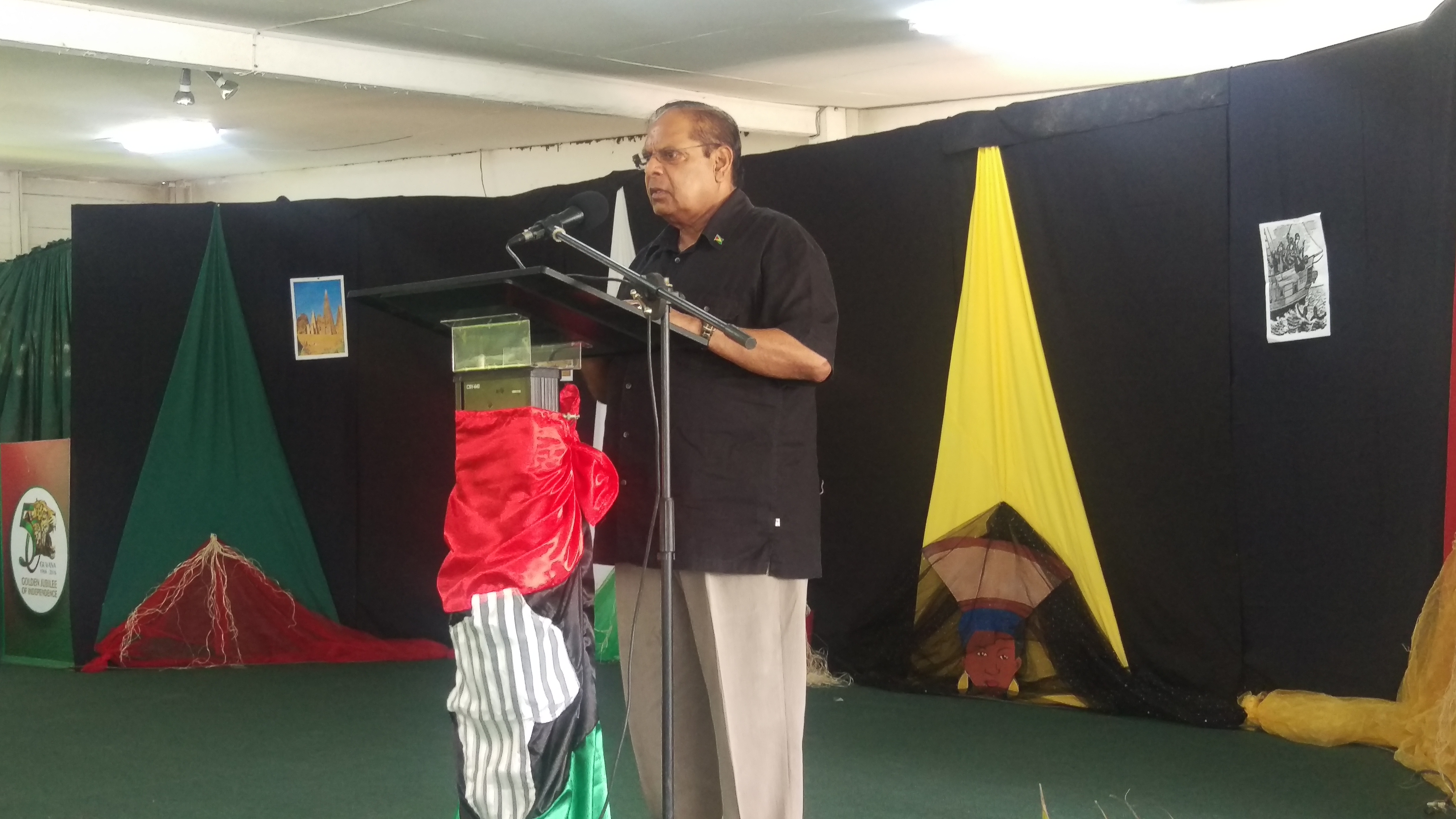 Prime Minister Moses Nagamootoo today said there were world leaders in the 1950s who were facing pressures from the British government when they attempted to bridge tensions in Guyana between the major political leaders.

The first Vice-President made a Ghana Day address today to a gathering at the People’s National Congress (PNC) headquarters, Sophia.

Nagamootoo said both former Presidents Cheddi Jagan and Forbes Burnham idealised the work of then Prime Minister of Ghana, Kwame Nkrumah during the 1950s, because of his positions on a scientific socialism bases on principle and not merely sentiments.

He said in 1957, the two Guyanese leaders, after Burnham split from the PPP and founded the PNC, two parties which became symbolic of Guyana’s ethnic divisions, travelled to Ghana 60 years ago, but the efforts by the Ghanaian Prime Minister to bring resolve to the tensions in Guyana were unsuccessful.

“Nkrumah was under tremendous pressure from the British that they will deal with him if he was to foster the unity of two leaders in Guyana who were considered to be communist or left wing or socialist,” Nagamootoo said.

“The history is not yet out on that period about the pressure on maybe some of the Caribbean leaders who went there. They also exerted pressure on Nkrumah not to bring solution between the two leaders,” the Prime Minister added, saying his words precede historical analyses of the period. 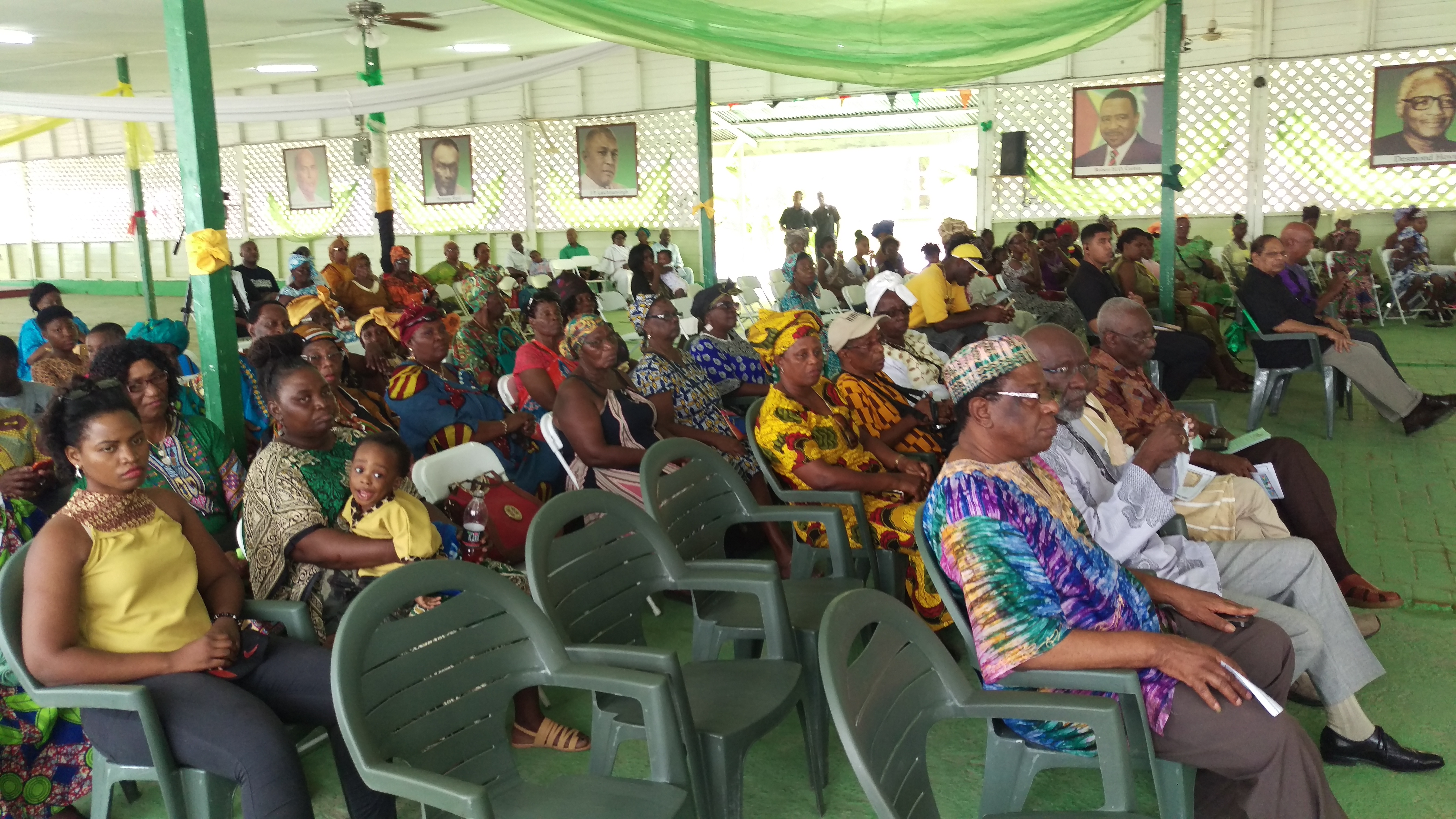 A section of the gathering today.

Nagamootoo told the gathering that in Guyana today, there is still hope that the perfect unity will be achieved, where ethnicity as a line for division would disappear.

He added that Guyana’s history is closely linked to the movement of liberation on the African content where leaders like Nkrumah championed the need for a single government for all of Africa.

He said in Guyana although there was independence in Guyana, the colonial structures were maintained and the elites sought power as a method of self enrichment.

The Prime Minister painted an image of capitalism developing in the globe alongside oppressive institutions like racism and apartheid, which saw the exploitation and dehumanisation of one people, while others, those in Europe, benefited.

Nagamootoo called for good role models for inspiration in the United Nations-declared Decade for People of African Descent. He said locally, Guyanese have transcended from being enslaved Africans and indentured labourers.

He said Guyanese must look at the fact that our nationality gives us a distinct personality, while holding on to our ethnicity as symbols of our pride and strength.

Nagamootoo charged that Ghana Day, which celebrates the Independence of Ghana, is worth celebrating here as we still struggle to make our society just, and fair.