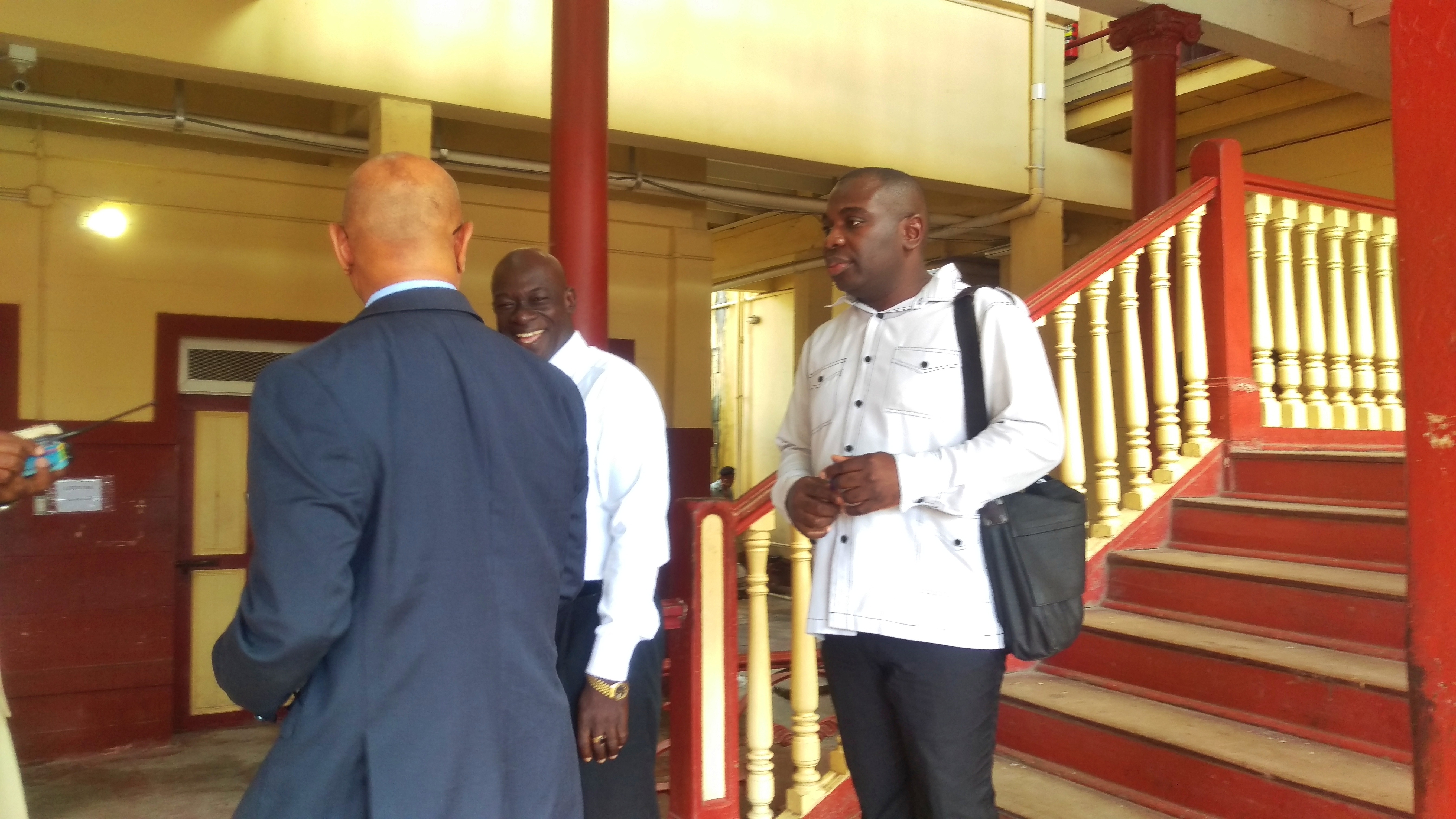 Kwame McCoy on the Magistrates’ Court steps this afternoon.

McCoy had two other charges against him, larceny and damage to property, which were dismissed today, after almost one year of trial in the Magistrate’s Court.

McCoy testified today, a few days after Benschop testified before the Magistrate via Skype. Benschop, the virtual complainant, is currently in the United States.

When Benschop testified on Monday, he told the court after the incident happened in Diamond on the East Bank of Demerara, he travelled to Georgetown to make a report at the Brickdam Police Station. Benschop said in Court he fled the area out of fear since, at the time, McCoy was closed linked to the then-PPP/C government.

The court heard that the statement made, by Benschop, to the police subsequently disappeared, causing him to make another statement in 2016, during which he could not recall all of the details of the alleged assault in 2011.

Speaking with the press corps after the decision, a visibly upset Kwame McCoy told the press, he remains innocent in the matter. He claimed Benschop and his colleagues fabricated the entire thing.

He said he wasn’t even at the house in Diamond Housing Scheme on the East Bank of Demerara where Benschop was alleged assaulted.

McCoy said he arrived at the House on the day in question of March 2011 to find that Benschop had an altercation with two of the workers on the premises since he allegedly put a camera in the faces, for which they retaliated.

McCoy said Benschop could not even identify those with whom he had the altercation in Diamond. “So Kwame McCoy is the person who will pay,” Kwame said.

Benschop at the time we allegedly filming a Diamond House Scheme house which he claimed belonged to McCoy and was built with monies stolen from taxpayers. McCoy today denied owning the house which Benschop was filming.

McCoy said he believes the entire thing is politically motivated. According to media reports, in early 2016, Benschop made appeals for investigations to be reopened into his claims that McCoy and associates had assaulted him and vandalized his vehicle. But police were unable to locate the file and took new statements.