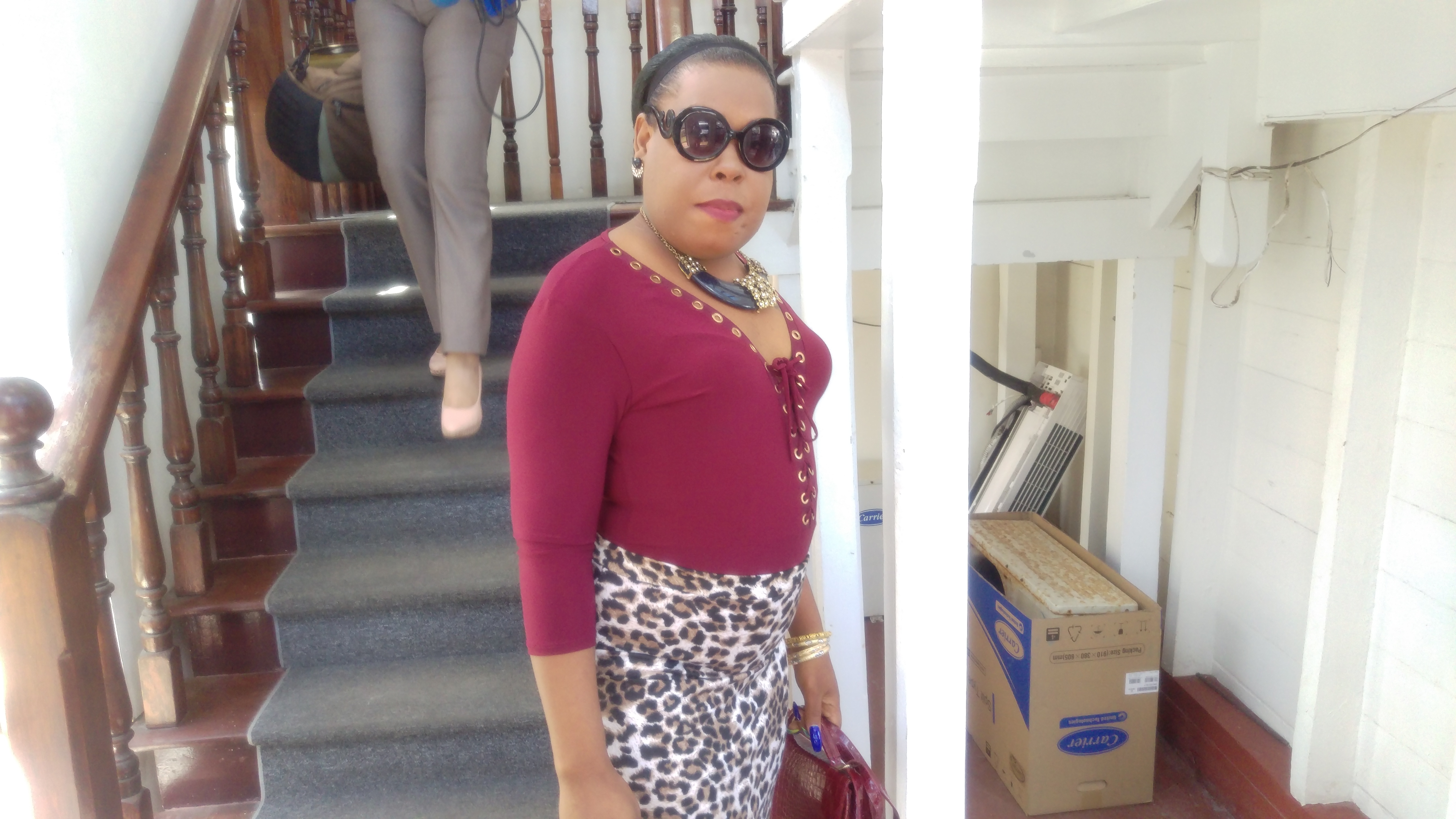 Petronella at the Appeal Court today.

City Magistrate Dylon Bess, this morning, made an unconventional move clearing out his court before dealing with the assault matter of transgender woman, Ronnel Trotman, known as Petronella, although the matter was neither a sexual offense, domestic violence, nor a matter regarding minors.

The move by Bess was called unconstitutional by attorney Arif Bulkan, who represented a number of transgender women in a cross-dressing appeal case today. Bulkan said the matter was not a sexual offense matter or one relating to juveniles, and should have been heard in full view of the public.

Managing Director of the Society Against Sexual Orientation Discrimination (SASOD), Joel Simpson told Demerara Waves Online News today, after the Court of Appeal dismissed a cross-dressing appeal, that Bess asked the public to leave court, took evidence, and instructed that when she returns to court she “dress like a man.”

That matter will come up again in Bess’s court on March 2.

The Appeal Court today dismissed the appeal on multiple grounds, including that the Court of Law does not have the authority to interpret what Parliament did not interpret.

Bulkan said the decision of the Court of Appeal today regarding what constitutes an “improper purpose,” allows for case-by-case interpretation from magistrates.

This is not the first time that Bess had instructed Petronella to present herself in male clothing.

Simpson said today the Chancellor, who heads into retirement from today, had not responded to the recent letter of complaint.

Petronella is the victim of  assault by an assailant known to her. The matter was reported at the Brickdam Police Station and the perpetrator was charged for assault.

“Bess has an ideological perspective not rooted in the law but in his own biases,” SASOD’s Managing Director, Joel Simpson told Demerara Waves some time ago.

Simpson had then advised Bess be guided by the 2013 ruling by then Chief Justice Ian Chang that cross dressing in Guyana is not illegal, save and except for when it is done for an “improper purpose.”

“Going to court to give evidence in a case where somebody assaulted you cannot constitute an improper purpose,” Simpson told Demwaves today.

2017-02-27
Derwayne Wills
Previous: GTT switches on faster Internet service at Essequibo Coast ahead of schedule
Next: Jagdeo shies away from stating interest in third term but lists qualities of candidate