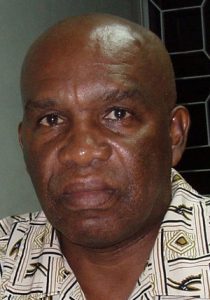 Veteran Guyanese trade unionist, Kenneth Joseph died on Thursday at a city hospital after suffering a stroke earlier this month.

His wife said he passed away Thursday morning, following a stroke on February 1  2017.

A former machinist at the now defunct Berbice Mining Enterprise and the Guyana Sugar Corporation , Joseph eventually rose to the position of President of the National Association of Agricultural, Commercial and Industrial Employees (NAACIE).

He held that position as well as executive member of the Federation of Independent Trade Unions of Guyana until his passing.

Joseph was the father of six children.