Georgetown Mayor Patricia Chase-Green will not be attending a public meeting organised by the Movement Against Parking Meters scheduled for tomorrow to discuss the controversial parking meter contract, and its implementation.

As part of a series of consultations hosted by the City Council, the Mayor first, through the press corps, extended an invitation to the Movement Against Parking Meters, which organised three massive protests over the last three weeks against the implementation of the shady parking meter project.

That movement has culminated into mass protests, across party lines, and two High Court orders where judges have challenged Communities Minister Ronald Bulkan, Georgetown Town Clerk Royston King, and the City Council to prove why the project should not be quashed. 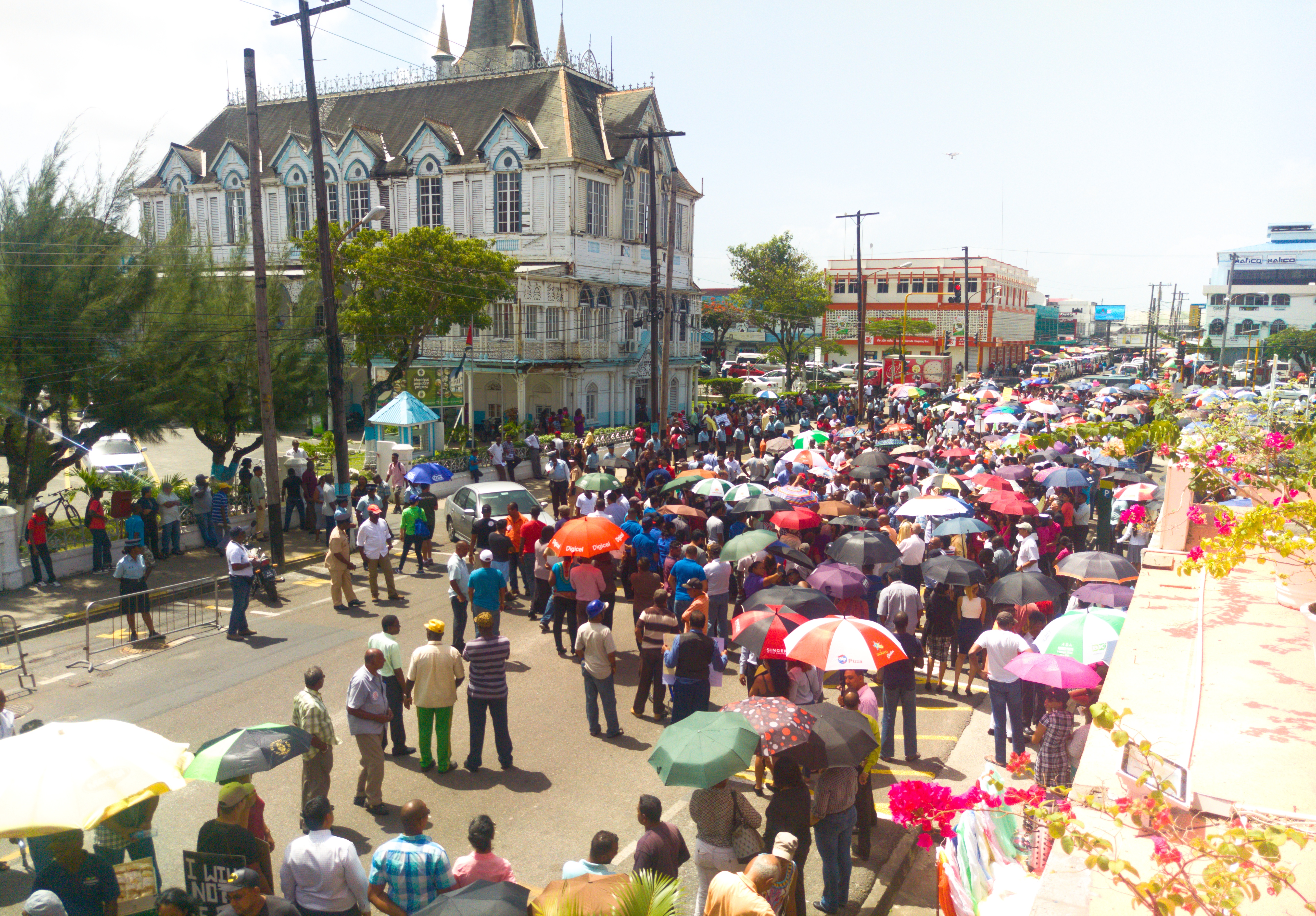 The Movement Against Parking Meters had issued a statement, after the Mayor’s invitation, saying they would prefer a town-hall style meeting as opposed to a small consultation with only the organisers of the movement. There were reports that the Mayor had agreed to attend that meeting.

A press release from the Town Clerk’s office, today, said, “its members (MAPM) have now organised a meeting with a fixed agenda and have gone ahead to announce that the Mayor as well as other officials would attend. This action on the part of MAPM is very impolite and discourteous to the Office of the Mayor and, in fact, the Council.”

The press release continued, “the Council is very surprised that some of the very individuals, who continue to be extremely abusive to the Mayor and Town Clerk, particularly, on Social Media, believe that they can invite the Mayor to a meeting at a time and place of their choosing and convenience. It seems obvious to the Council that this meeting is no more that a setting for propaganda and more abuse.”

The Town Clerk’s statement read that the Mayor’s Office is governed by protocols which were not adhered to by the MAPM. “As a result, neither Her Worship nor any officials from the City Council would attend that meeting.”

Chase-Green confirmed same with Demerara Waves Online News, today, saying the space could be set up for propaganda and further attacks against her.

She said the organisers noted a presentation would be made before the public meeting was slated to begin, but she did not receive word as to what would be included in that presentation.

The MAPM will continue with its February 18 meeting at 3pm at the St Stanislaus College auditorium. The group has since responded with the below statement: 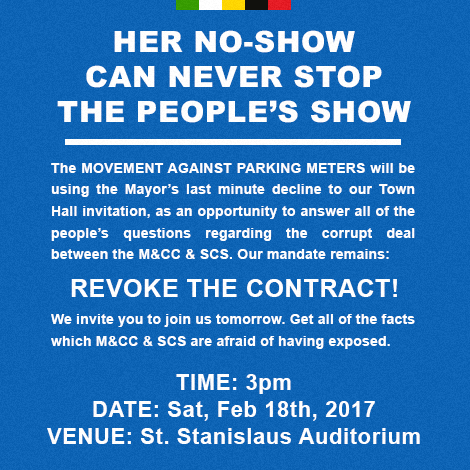