Georgetown Mayor Patricia Chase-Green today scolded Deputy Mayor Sherod Duncan for what she said was taking misinformation to the public on the parking meter contract, and causing “civil unrest.” 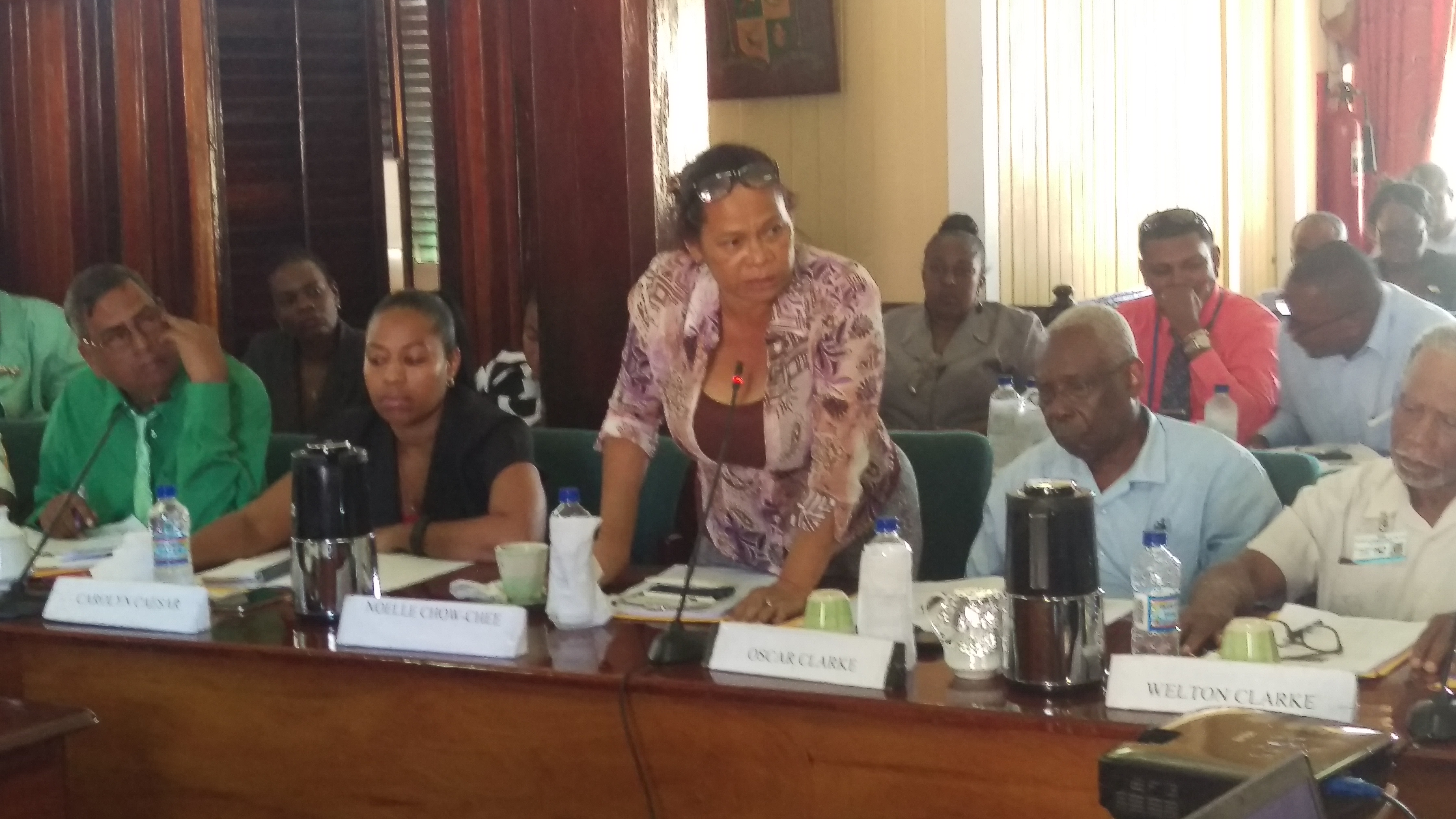 The issue emerged after a motion was proposed, by councillor Noelle Chow-Chee, seeking clarification on what the parking meter contract contained, since there were conflicting reports in the media.

The contract, which lists Smart City Solutions as the partner receiving 80% of revenue while council gets the other 20%, remains under lock and key at the City Hall building.

Any person desirous of viewing the contract can do so in the Offices of the Mayor and Town Clerk, but would be barred from taking pictures or copying the contract, a point which Mayor Chase-Green stressed at length today.

The Movement Against Parking Meters (MAPM), a pressure group formed to challenge the parking meter project and its controversially shrouded agreement, has challenged this position raised by the Mayor, since the document purports to do business on behalf of Georgetown’s citizens, and is a public document.

Chow-Chew, in her motion, requested clarification on the term limit of the contract, since it was believed to be some 49 years.

A report in the media recently, showing the first contract without an amendment to that limit, was questioned by another councillor, Heston Bostwick, who went as far as calling for Deputy Mayor Duncan to be disciplined for “pedalling misinformation.” Duncan has been an open supporter of two major protests organised by the MAPM. 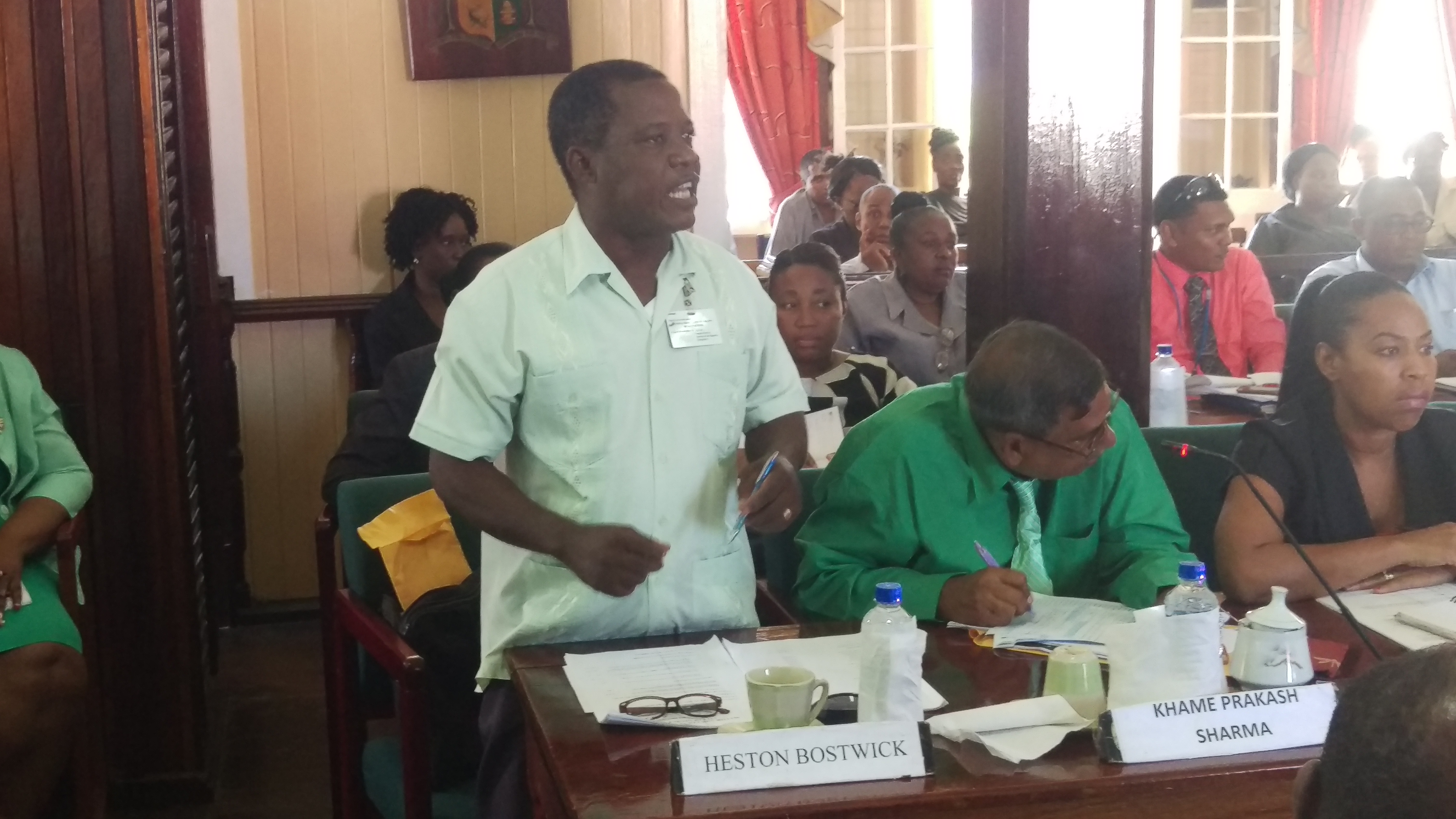 Bostwick’s position was supported by a number of councillors banging the desk loudly as he chastised Duncan.

Town Clerk Royston King interjected to say amendments were made since the contract, now published in the media, which reduced the term limit to 20 years, allowing for the contract to be reviewed every year.

That review, according to a power point presentation projected in the Council Chamber, allows for discussing financial performance of the project, assess the project’s performance against set goals, and discuss new goals and targets for the project.

Councillor Bishram Kuppen then took to the floor to challenge the presentation shown in Council, asking if the annual review was already agreed upon, or if this was merely a proposal now being put forth to the Council by the Mayor. 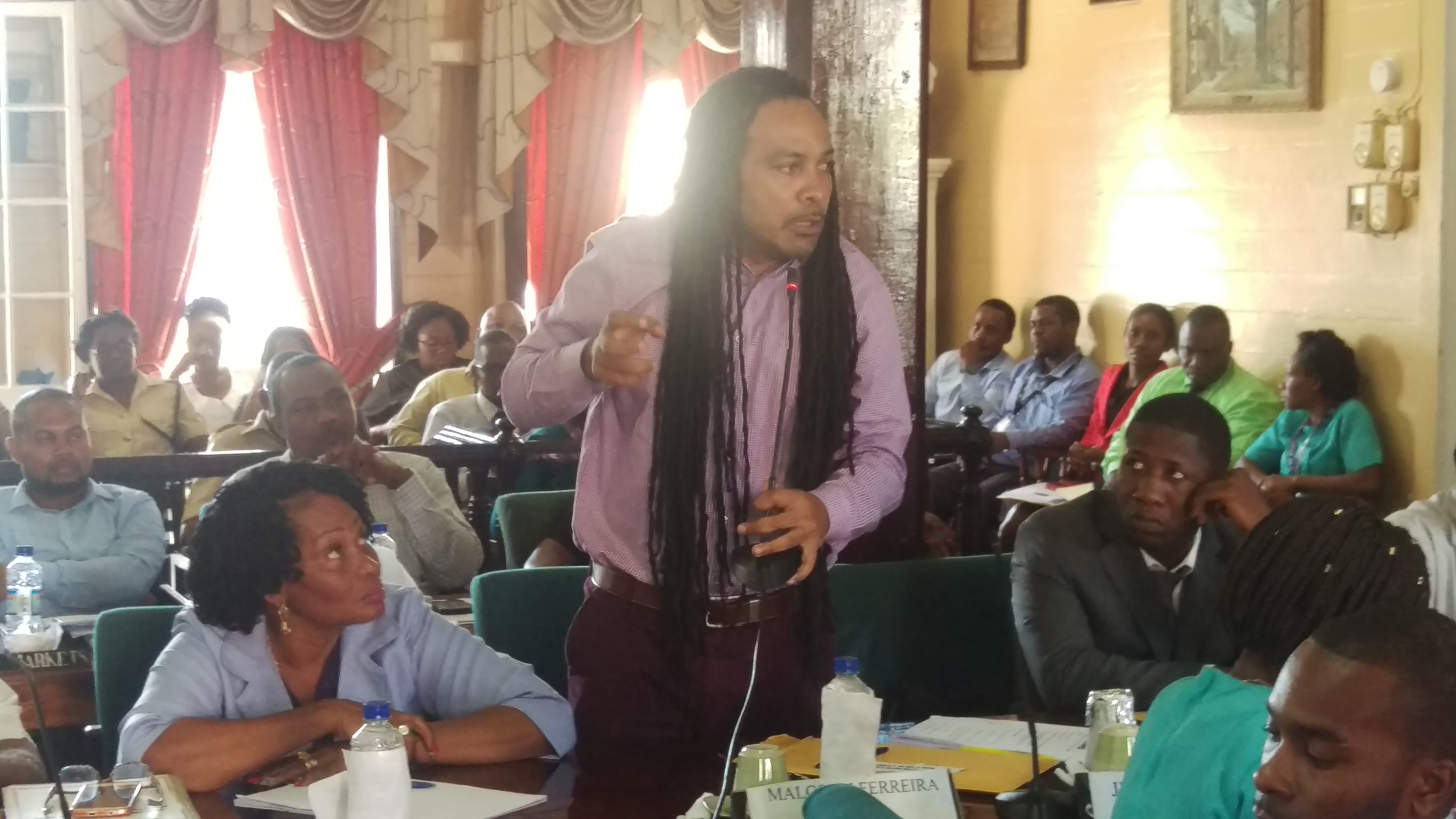 Turning attention to the recent meeting between Georgetown leaders and Cabinet, including President David Granger, Councillor Malcolm Ferreira asked for clarification from the Mayor on the recent announcement that vehicle clamping would stop until consultations are complete.

Mayor Chase-Green responded that motorists are still required to pay for parking spaces, except they would not be booted if they exceeded their time limit. Ferreira went on to ask if this means citizens would park for free. The Mayor noted there are citizens still paying for parking spaces, even though the penalties were suspended. 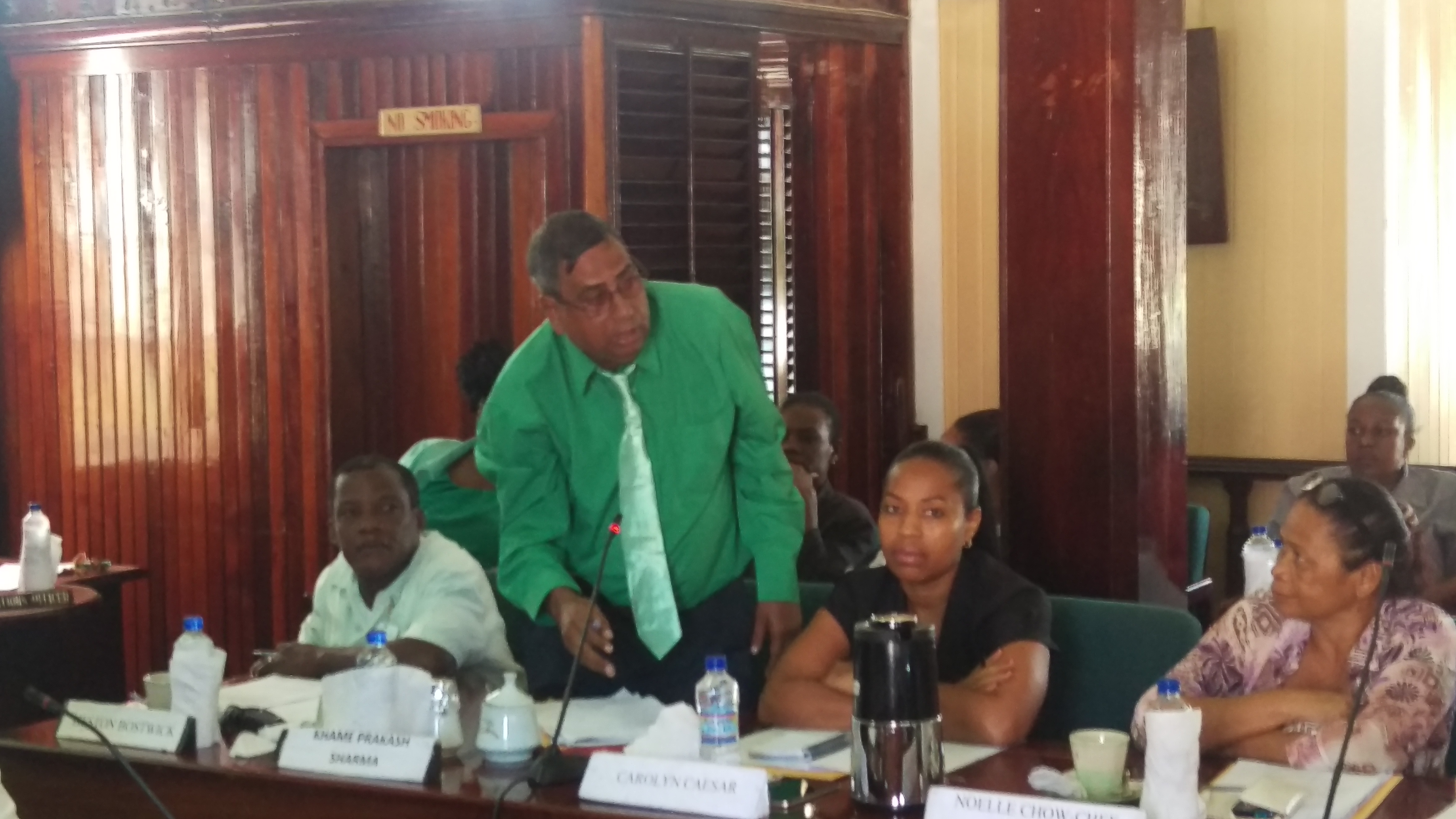 “The city is dying! People out there are hurt! It’s a ghost city,” councillor Khame Prakash Sharma told the Council as he condemned the fees for the parking meters that have been called “burdensome” even by central government.

“Redeem yourself or face retribution,” Sharma warned the Mayor, as she responded, “that’s for me and my God, not you!”

The row caused the Town Clerk to immediately rebuke the statement against the Mayor, which he called a threat against her. Sharma subsequently withdrew the statements.

Town Clerk King said the Mayor will host a press conference to announce when the penalties for the parking meters will be brought back into effect.

The attention quickly returned to Duncan with councillor Bostwick, this time, calling for Duncan to prove why he should not be disciplined. Mayor Green said the matter would be dealt with another time.

“We have councillors here who are snakes,” Chow-Chee exclaimed as the motion winded down. Mayor Chase-Green objected to the use of “snakes,” calling for more parliamentary language to be used.