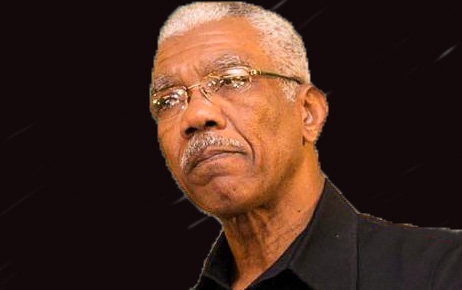 When Guyana’s President David Granger requested a second list of nominees for Chairman of the country’s Elections Commission (GECOM) from the Leader of the Opposition, he extended an olive branch and created a dangerous precedent. The submission of a list of nominees is a one-shot deal. The Constitution does not provide for the submission of a second list. It contains a provision for the President to make a unilateral appointment if a list of “fit and proper” nominees, not unacceptable to the President is not submitted. Mr. Granger found the list submitted to him unacceptable, apparently concluding it does not meet the “fit and proper” constitutional requirement. This should have triggered the provision authorizing the President to move forward and unilaterally appoint a Chairman.

Misconception and the Olive Branch

… if the Minority Leader fails to submit a list as provided for, the President shall appoint a person who holds or has held office as a judge of a court having unlimited jurisdiction in civil and criminal matters in some part of the Commonwealth or a court having jurisdiction in appeals from any such court or who is qualified to be appointed as any such judge…

The use of the word “shall” instead of may should NOT be glossed over. When the word Shall is used in legal instruments, it serves as a command that takes away discretion. On the other hand, “may” confers a discretion. If the architects of the Constitution wanted to confer a mere discretion, they would have used the word “may”. They instead inserted  a command, which President Granger did NOT follow in this case.

The request for a new list opens a pandora’s box and sets a dangerous precedent. There is now an expectation that if an obnoxious list is submitted by the Opposition Leader, an opportunity would be provided to submit a new list. This could lead to abuse by an Opposition Leader who may use the initial List to test the President and create confusion. Future denial of an opportunity to submit a new list would also cast the sitting President in a bad light. There is also the issue of when the President could invoke the authority to unilaterally appoint a Chairman. If he finds a second list unacceptable is he obligated to request a third?

In light of the political climate in the country, President Granger’s hesitance to invoke the power to unilaterally appoint a Chairman is commendable but his approach is imprudent. Instead of rejecting the List and requesting a new one, the President should have offered the Opposition Leader an opportunity to withdraw the list and submit a new one. The withdrawal would have forestalled the constitutional command to unilaterally appoint a Chairman by putting on hold, the rejection of the list. In this way Mr. Granger would have achieved the goal  of extending an olive branch and demonstrating good faith and awareness of the political sensitivity of the matter without acting in contravention of the Constitution. Failure by the Opposition Leader to accept the offer should have then resulted in a rejection of the List and unilateral action by the President.

The olive branch could have been a strategic play that puts the Opposition Leader on defense and keeps the focus on the quality of the list he submitted. It was an opportunity for the President to control the narrative. Instead, he is allowing his opponent to frame the issue and influence public opinion. The Opposition Leader has managed to shift atttention from the quality of the list submitted to the Constutionality of the  President’s action. His chief legal advocate, Anil  Nandlall, has pounced on this opportunity. The former Attorney-General is now making a presumptuous claim without any resistance from the Granger government. Here is what he is asserting in his own words:

“The Constitution speaks only to one list. A list of six names. A list of six names has been submitted, so the constitutional requirement in terms of a list has been met. What the President has rejected are the six names so six new names have to be supplied to be placed on that same list. For the purposes of the proviso which states that in the event that there is no list that the President can act, that Proviso cannot be triggered in this instance because there is a list:”- Anil Nandlall

Mr. Nandlall’s assertion that the President can only act unilaterally if NO list is submitted, is a very poor reading of the Constitution. The triggering condition for unilateral action by the President is failure to submit “a list as provided for“. What is provided for is not just a list of names but rather a list of “fit and proper” nominees, not unacceptable to the President. Nandlall is in La la Land dreaming that the Leader of the Opposition could keep providing names that are unacceptable and the President would be obligated to request new names. It would be prudent for him to advise his client to walk carefully on the olive branch extended to him. In a previous article I outlined why Mr. Nandlall, a fierce legal advocate, is  Dancing on Black Ice with his client.

You can read Mr. Williams’ other blog posts at http://vivianwilliamspc.com/legal-services-attorney-new-york-city-vivian-williams-pc/