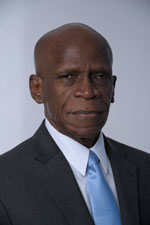 The Ministry of Foreign Affairs issued the following statement.

The Minister of Foreign Affairs, Director General and members of staff of the Ministry of Foreign Affairs have received the sad news of the passing of one of Guyana’s finest Diplomats, Mr Noel Sinclair. The news of his demise was communicated to the Ministry today. His passing represents the end of a career that was spent almost entirely within the Diplomatic Service, with the brief exception as a Master at Central High School.

Ambassador Sinclair was educated at Central High School and the University of the West Indies. At the latter institution he obtained a BA degree in French and a Diploma in International Relations. Even though he returned to Guyana after his studies at the Regional University it seems that the attractions of a newly independent Guyana seeking to find its place in the world of Global politics had a compelling fascination for him, a fascination that was to endure for a lifetime. Joining the newly established Ministry of External Affairs, Ambassador Sinclair quickly became a Third Secretary in our Embassy in Caracas, a Second Secretary in our Embassy in Washington from 1969 to 1972, First Secretary in our High Commission in Lusaka, Zambia from 1976 to 1979 and finally Permanent Representative to the UN in 1979. It is clear that Ambassador Sinclair’s rise in the Foreign Service was based on his understanding of international Diplomacy, his capacity for hard work and his ability for productive interpersonal relations. And it must be said that his success is all the more noteworthy because it came at a time when professional achievement occurred against the background of a highly competitive Foreign Service.

His work and achievements at our overseas Missions ensured that he would ascend to the highest position of the Foreign Service, that of Director General, a position that was re designated from that of Permanent Secretary to bring it in line with the other Foreign Ministries of Latin America. To this position, Ambassador Sinclair brought his skills as an administrator and his understanding of the needs and purposes of the Foreign Service.  But his Diplomatic career did not end there. Recognizing his talent and his gifts as a diplomat, the region elected him the Deputy Permanent Secretary of the Latin American and Caribbean Economic System (SELA).

Any summary of Ambassador Sinclair’s Diplomatic career would not be complete without reference to his outstanding personal characteristics. Well spoken, socially sophisticated, Ambassador Sinclair was as close as one would get to the image of an ideal diplomat for a country like Guyana. If we refer to his capacity for good speech it is because his presentations at the General Assembly and the Security Council of the United Nations were often well received. And the calm and reasoned approach he brought to his duties made him well liked and respected by his colleagues. In addition, Ambassador Sinclair’s enviable command of  English made him a superb drafter of diplomatic documents. These attributes and his deep imbibing of a culture which encompassed wide reading and an appreciation for music and the other arts made him into a more complete human being as well as an entertaining and informed colleague.

The Ministry of Foreign Affairs takes this opportunity to extend sincere condolences to the immediate family of Ambassador Sinclair, especially his wife and children, his brothers and his sisters.