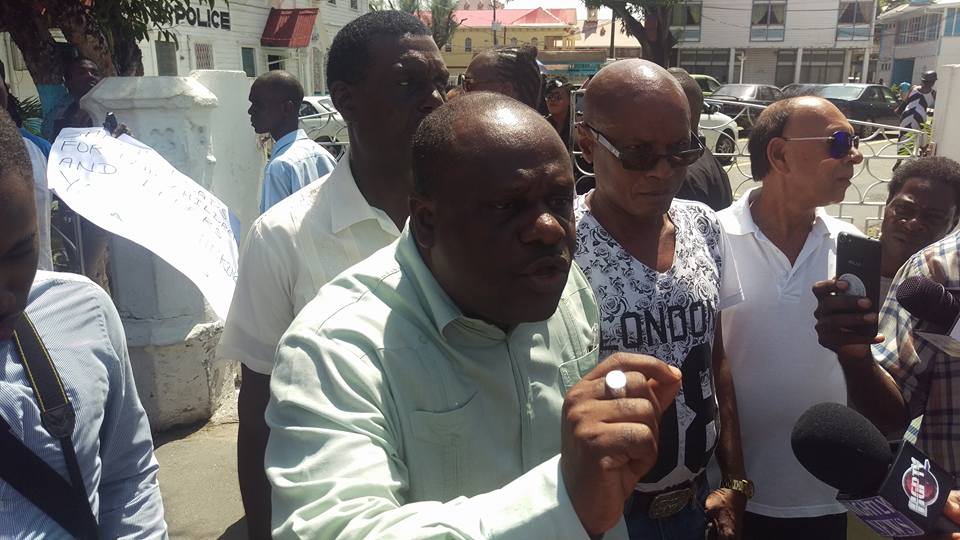 “We have to decide if we want a globalised city where Georgetown is part of the global village, or we want to live in the backdam: in squalor, in mar, in dirt, in indiscipline, and in lawlessness,” Georgetown Town Clerk Royston King told the press corps this afternoon as hundreds gathered outside the City Hall to protest the parking meters’ implementation.

King, surrounded by protesters who support the meters, said the project would bring some $240million in revenue for  city’s projects, but protesters were having none of it as hundreds gathered to protest just after the City’s 2017 budget was presented to the public this morning.

“It is reasonable considering our expenses and all the things we have to do,” King told the press corps adding that the meters were rolled out after consultation with a number of stakeholders including the private sector.

The Town Clerk, like Mayor Patricia Chase-Green, believes the city is acting within the confines of laws that empower municipalities. 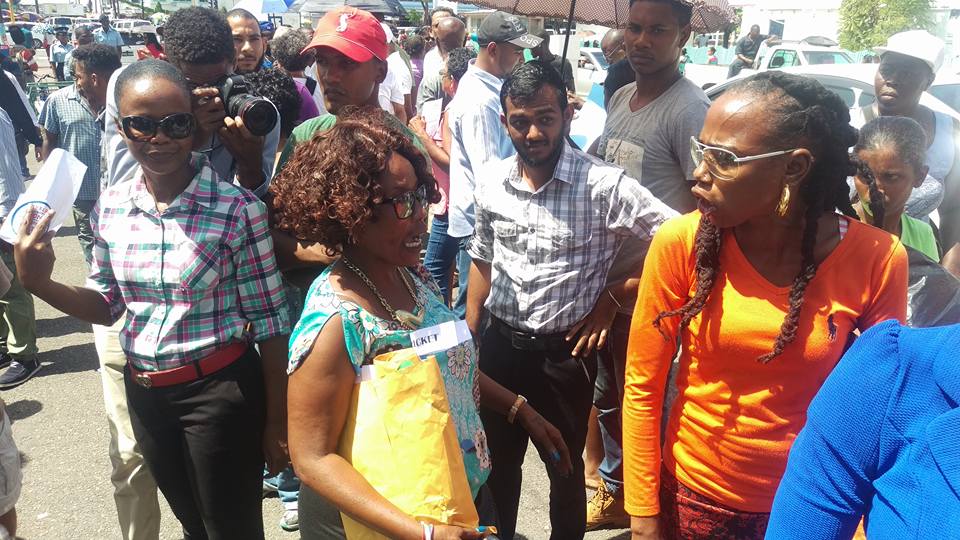 An angry protesters (orange) explained her disappointment with the current David Granger administration, which she said she voted for. She said she will not be voting again.

King said the money invested from the parking meters would be re-invested in city transportation for the young and elderly, used to create new sidewalks, green spaces, and cycling lanes in keeping with the international concept of a smarter city.

What was meant to be a peaceful protest ended up being a protest of chants and counter-chants. Regent Street was divided as the eastern side of the street was occupied fully by anti-meter protesters, while the western side saw support from supporters of the A Partnership for National Unity+Alliance For Change (APNU+AFC), as well as what seemed to be staff of Smart City Solutions, and other persons. 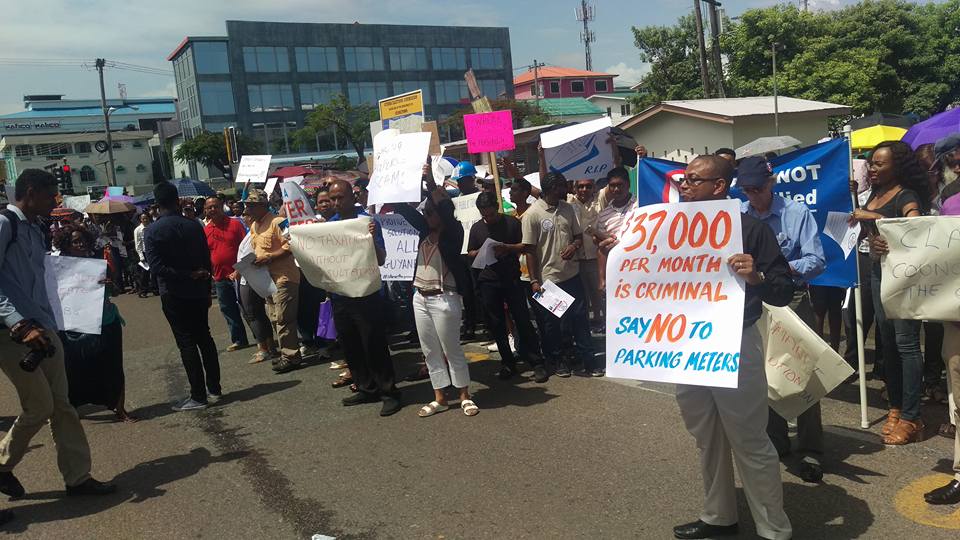 Just after the city budget was presented this morning, Mayor Patricia Chase Green took to the floor to remind Councillors of their obligations to address their grievances within Council rather than taking them out into the public. 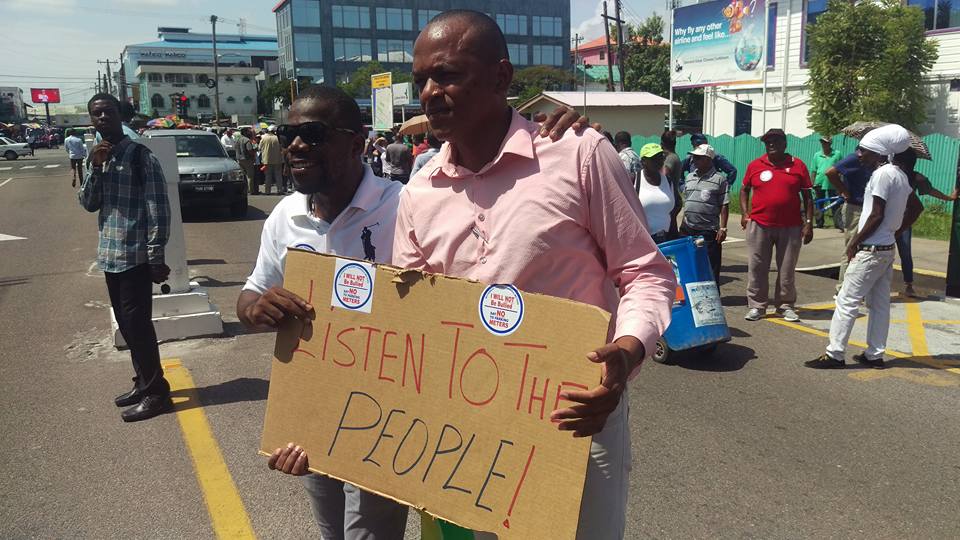 She uttered these words as a visibly uncomfortable Deputy Mayor Sherod Duncan, who has been a critic of the Mayor and the parking meter project, shifted in his seat. Duncan was later photographed among anti-meter  protesters.

Just recently, State Minister and Cabinet Secretary Joseph Harmon told the press corps the marking meter by-laws, already in implementation, are yet to be reviewed by the Attorney General to determine if they are in keeping with the nation’s laws. After that review, the by-laws will be forwarded to Cabinet for final approval.