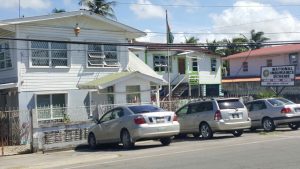 Four persons, including employees of the National Insurance Scheme (NIS), have been detained in connection with a multi-million dollar burglary at that Social Security entity’s Pouderoyen branch, West Bank Demerara.

More than GYD$4 million were carted off from a safe that was blow-torched by the robbers. A revolver was stolen from one of the guards on duty, police were told.

He said so far, their detention was procedural.

Investigators are awaiting results from fingerprints taken at the crime scene in an effort to identify the perpetrators.