One dead, drivers seriously injured in collision at Linden 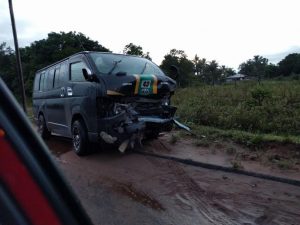 A woman was killed early Tuesday morning when the car she was travelling in collided with a minibus on the Amelia’s Ward Public Road, police said.

Dead is 28-year old Toshauna Frank. She was pronounced dead on arrival, while her two siblings were treated for minor injuries and sent home.

Police said the accident occurred at about 1:45 AM when the owner and driver of  motorcar, PFF 6725, Paula Taylor lost control of the vehicle and collided with minibus, BGG766. 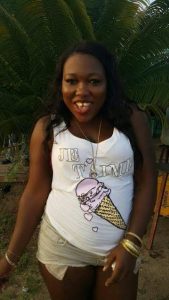 The car was proceeding north along the road when Taylor said she lost control and collided with the bus that was heading in the opposite direction. Investigators said there was no rain at the time.

The drivers have been admitted to the Linden Hospital. Police do not believe that either of the drivers was under the influence of alcohol, as it is a clear case of Taylor having lost control of the car. 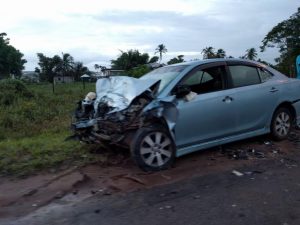 The car, owned by Paula Taylor, in which Toshauna Frank was travelling.