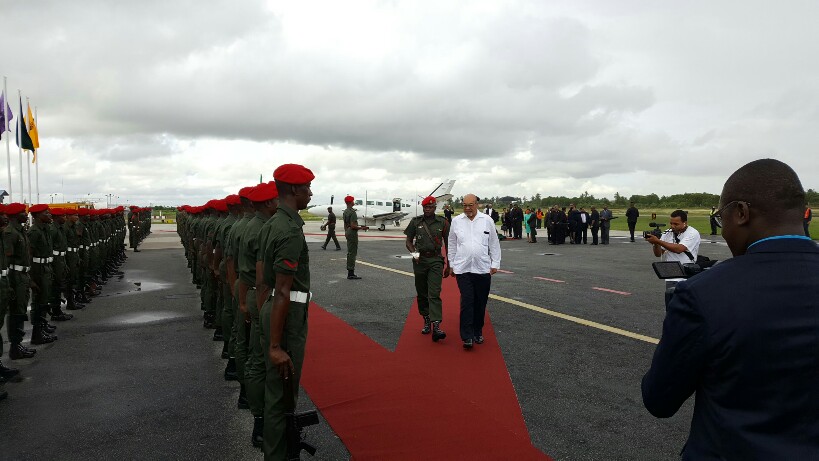 President Bouterse about to inspect a GDF Guard of Honour shortly after he arrived at the Eugene F. Correia International Airport.

He disembarked the plane at the Ogle International Airport in a drizzle and was immediately greeted by President David Granger and Foreign Affairs Minister, Carl Greenidge.

Bouterse, a former army sergeant, inspected a Guard of Honour. He and his Guyanese counterpart stood on the saluting dais while the national anthems of the two countries were played by the Guyana Defence Force’s band

The Guyanese and Surinamese Presidents then departed in the President’s State car, a Lexus.

For the remainder of the day, the leaders and their delegations will engage in talks on mutual areas of concern.

They include, border, human and narco-trafficking, smuggling of goods, trade and improving transportation.

President Bouterse’s visit is in return for one President Granger paid to Nieuw Nickerie in July of this year.