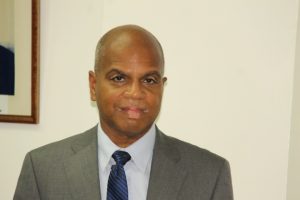 Guyana’s High Commissioner to India, David Pollard was recently recalled to Georgetown for consultations and he has since returned to Delhi, Foreign Affairs Minister Carl Greenidge said Saturday.

“It is not unusual to ask Ambassadors to come and consult…If you call an Ambassador to come and speak to you, normally there will be something specific. Sometimes, it’s a crisis; it wouldn’t be something routine,” Greenidge said when asked by Demerara Waves Online News.

The Foreign Minister declined to divulge the reason for Pollard to be summoned to Guyana. “Basically it is not exceptional,” he said.

Demerara Waves Online News was told that the High Commission needs a lot of improvement but there was insufficient funds. It is also not the practice for foreign envoys to meet with diplomatic officials before they are properly accredited by the host country.

Pollard, a son-in-law of late President Forbes Burnham, is one of several politically appointed ambassadors by the now more than one-year old APNU+AFC coalition-led administration.

Pollard succeeded Attorney-at-Law, Ronald Gajraj, a former Home Affairs Minister who was sent to Delhi although a presidential commission of inquiry had found no credible evidence to link him to an alleged state-sponsored death squad.