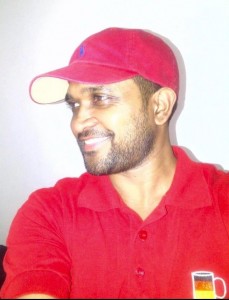 “Unacceptable” and “reprehensible” was how Jagdeo described Dharamlall’s remarks about the Guyanese leader. They included descriptions about the President’s dental health.

The Opposition Leader said criticisms about should “never get personal” and that the PPPC’s concerns about corruption, mismanagement and discrimination could be addressed intelligently.

“I have spoken to Mr Dharamlall. He said to me that he recognised that the language was not befitting a member of parliament and he apologised to everyone for it and he has expressed contrition to me that there will be no repetition of this sort,” said Jagdeo.

The former President said the PPPC could deal with venality, duplicity and incompetence by using language that is not hateful or personal.

Dharamlall has since stated on Facebook: Dear President #Granger

I’m sure you are a thick-skinned leader…as all politicians ought to be…however, some of your supporters feel that I have been too harsh in my criticisms of you…

Let us bury the hatchet…you lead the country without racial and political discrimination; without fear of the criminals; without dubious and partisan policies; without corruption; without disrespect to the Amerindians, vulnerable, elderly, youth and disadvantaged AND I shall steer clear of you…