GRDB boss sent on leave after he’s charged with fraud 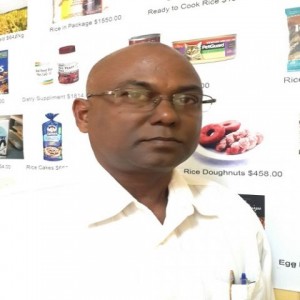 The General Manager of the Guyana Rice Development Board (GRDB), Nizam Hassan was Wednesday sent on leave pending the outcome of a fraud charge on which he was arraigned earlier this week, according to well-placed sources.

The GRDB’s Board of Directors on Wednesday decided to allow Hassan to first proceed on his entitled one week vacation leave after he which he would be remain off the job on administrative leave.

Public Service rules allow for him to receive half of his salary while on administrative leave.

Hassan is currently on GYD$250,000 bail on a charge that he allegedly conspired to commit a misdemeanor of procuring money to be paid by false pretense with intent to defraud between October 28, 2010 and April 25, 2012.

At that time he had served as General Manager of the New Guyana Marketing Corporation (NGMC).

Police alleged that he and  Ministry of Agriculture Engineer, Hanniel Madramootoo, his wife Felicia De Souza-Madaramootoo and Directors of the Trinidad-based Constantine Engineering and Construction Services Limited- Phillip Madramootoo and Nizam Ramkissoon conspired among themselves to continuously approve payments to the contractor of Constantine Engineering and Construction Services for works that were incompetently and incorrectly done with inferior materials to rehabilitate the NGMC knowing that such works should not have been approved.