Storm, fire victims to get aid 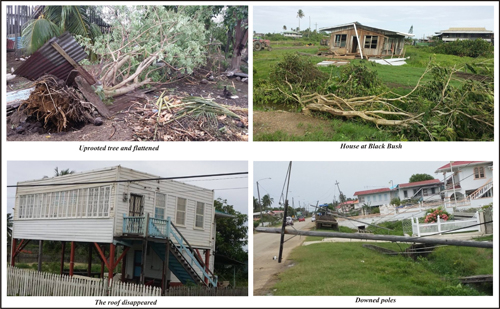 Government will be assisting families in Berbice who were recently affected by disasters, Minister of Social Protection, Volda Lawrence said.

She told the Government Information Agency (GINA), that she has instructed her officers to evaluate the needs of the families affected by the freak storm in Berbice earlier this week.

“One of the first things we’re going to address would be the children, to ensure that they have what is necessary to take them back to school and then we will look to see how we can address the housing issue,” Minister Lawrence said.

Several houses in Number 19 and Warren Villages, Berbice, were destroyed on October 23 during a freak storm which generated heavy winds. The storm also affected the electricity supply to the villages.

In addition, Lawrence said that her ministry will be providing assistance to the Hemraj family of Blackbush Polder who lost their home in a fire. “We’ve asked the officers to get out there, get the information so that we can work with the region to see what contribution we can make towards having that family have their home up again,” Lawrence said.

The labourer, his stay at home wife and three children were left homeless two Sundays ago when fire of unknown origins gutted their home in Lesbeholden, Blackbush Polder.