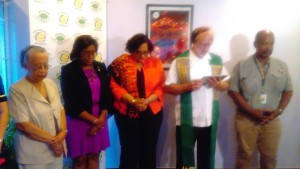 This was revealed by the airline’s Chief Executive Officer (CEO) Roxanne Reece, at the company’s opening of its second ticketing office in Central Georgetown.

Reece told Demerara Waves that Fly Jamaica is hoping to have the first flight to Cuba in December of this year. The airline currently has four flight destinations: Kingston, New York, Georgetown, and Toronto. And Reece said there are plans underway for flights to begin going to two other locations, apart from Cuba. These destinations are yet to be revealed, but the CEO did say that they should be underway in 2017.

In terms of fare competitiveness, Reece said the airline would try it’s best to be competitive, and it all depends on what other airlines have to offer.

Fly Jamaica already boasts that it already has the upper hand in the area of flight space, especially when it comes to luggage. “We offer more bags, and basically we have larger aircraft. We can fetch a lot more luggage and cargo,” she said. Reece added that Fly Jamaica’s aircraft are of the 757 and 767 class, “so we have the advantage, in that we can fetch a lot of luggage…our competitors can’t.” Whereas other airlines allow passengers to carry only one checked bag and one carry-on, Fly Jamaica allows for two checked bags and one carry-on. 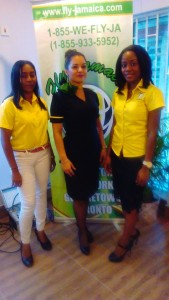 Sections of Georgetown’s business community say that the heavy spending power of the estimated 1,000 Cubans who travel to Guyana weekly to shop scarce items is helping to prop up the Guyana dollar and keep some businesses buoyant. The Panama-headquartered COPA Airlines, InselAir and EasySky operating out of Honduras are already flying hundreds of Cubans to and from Guyana.

Fly Jamaica also has plans to purchase new aircraft next year, Reece said, but she declined to disclose the number or types of aircraft that would be joining the fleet. The airline is currently interviewing and recruiting a new set of Guyanese flight attendants, who will be part of the new fleet. Training will commence in January 2017.

The new ticketing office is situated at 86 Carmichael Street, Georgetown, and will serve as a convenient alternative to Fly Jamaica’s main ticketing office at the Eugene F. Correia Airport at Ogle, East Coast Demerara.

The airline expressed confidence that with two ticketing offices operating simultaneously at Ogle and in Georgetown, a wider segment of Guyana based customers and their travel needs would be addressed more effectively.