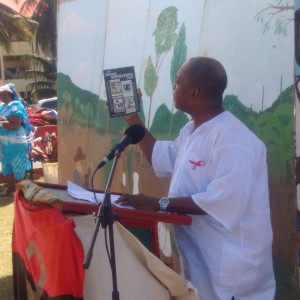 The African Cultural and Development Association (ACDA) on Wednesday objected to the make-up of the Guyana Oil and Gas Association (GOGA)one day after it was formally launched, even as he called on African Guyanese to pressure government into giving into a  number of demands.

ACDA’s Executive Member, Eric Phillips questioned the sincerity and integrity of the association’s members. “I saw the announcement of an oil and gas group last night and again it’s just the regular suspects- people who have…(claims that are potentially libelous)…and so they are positioned today to continue the exploitation and to continue to demoralize us and take from us what our ancestors died for,” he said at the African Holocaust Day commemorative event at the Georgetown Seawall.

GOGA was launched at the Marriott Hotel Tuesday with the aims of ensuring Guyanese are employed directly and indirectly in the hydrocarbon sector, training is provided, policies are influenced and a range of other services are provided or facilitated.

Meanwhile, Retired Rear Admiral Gary Best lauded the initiative but expressed concern about the make-up of GOGA. “The Directorship of this good initiative ( GOGA) should be a more balanced reflection of the Guyana’s “inter-social groupings.” 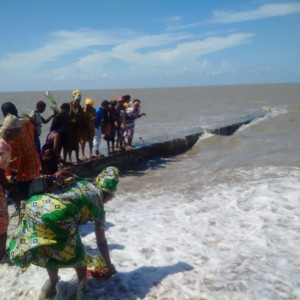 Several attendees place flowers and branches in the Atlantic Sea to commemorate the lives of those who died in the Trans-Atlantic trade of captive Africans to the Caribbean and the Americas.

“As is, it may well be seen as the “haves” representing the “have nots”, and I am sure that’s not the intention. A significant challenge we face in Guyana is reducing inequalities and applying equity, in that order. Therefore, the directorship should reflect participants from all inter-social groupings,” the former Chief-of-Staff of the Guyana Defence Force (GDF) said on his Facebook Profile.

Meanwhile, the ACDA official urged Afro-Guyanese to recognise the problems that face them and take the lead in lobbying the government. “If we can’t recognise the problem, we will not step forward to solve it and I find today, speaking honestly, that we are waiting for the government to do things for us instead of us stepping forward to make them do for us.  They can’t do for us if we are not agitating for them to do for us,” he said.

Phillips said it was up to the Afro-Guyanese organisations to come together and take up the challenge and craft an action plan for their development in keeping with the goals of the United Nations-designated International Decade for People of African Descent.

Cuffy250, which is said to be spearheading such efforts, was Wednesday afternoon expected to make an announcement.