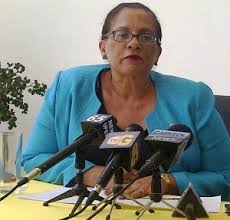 Fly Jamaica, the Guyanese-owned international carrier celebrating four years of service next year, will be moving its planes to Guyana to avoid any possible damage from Category Four Storm Matthew as it churns its way towards Haiti, Jamaica and other northern Caribbean territories.

Fly Jamaica spokeswoman Roxanne Reece said Saturday that the normal New York to Guyana flight via Kingston Jamaica on Saturday night will operate as normal but the plane will remain in Guyana until authorities indicate that it is safe to resume scheduled flights.

The airline’s second plane will be moved from Jamaica before noon on Sunday also for safe keeping until aviation authority officials give the go ahead for a resumption of service.

Reece urged Guyanese and others who wish to leave Jamaica at this time ahead of the storm to make urgent contact with the Fly Jamaica office in Guyana or Jamaica.

Fly Jamaica has already announced plans to brand one of its planes with an Air Guyana logo before Christmas and operate flights to the region and Canada in the interim and later to the US when the country gets back its Category One Status from the FAA in the US.