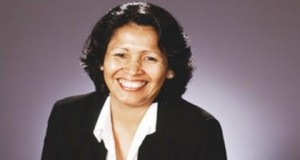 Chairperson of the Board of Directors of the Guyana National Newspaper Limited (GNNL), Jean La Rose has resigned with effect from October 01, 2016- the third  board resignation from a state medium board since the new government took office.

The Government Information Agency (GINA) reported that in a letter to subject Minister, Prime Minister Moses Nagamootoo, dated September 23, 2016, La Rose said, “at this, point I feel I am not contributing to the further development of the board or the GNNL as I may have done if I had more time to dedicate towards fully understanding my role as Chair or as Director.”

La Rose’s resignation follows those by Mark Archer and Imran Khan from the Board of the National Communications Network (NCN). Demerara Waves Online News was told that NCN’s Board seldom meets and a number of its remaining directors hardly attend meetings.  A number of GNNL directors also do not attend meetings regularly.

La Rose further stated that since taking up office – the new government has provided more opportunities and space to work with and on behalf of indigenous communities in Guyana and, “this has grown resulting in the expansion of my work commitments and less time to dedicate to issues of the GNNL.”

In his letter of acceptance, Prime Minister Nagamootoo said, “I accept your resignation with a heavy heart, but understand your reasons for doing so. I thank you for having accepted the challenge to serve as chairperson and express my appreciation of your efforts to resuscitate the GNNL as a national newspaper and to improve professionalism among its many staffers.”

The Prime Minister told La Rose that it was, “with a sense of pride he recommended her appointment as Chairperson of the Board, both as an outstanding woman and as a champion of a cause of promoting human rights in general and the interest of our indigenous peoples.”

The Prime Minister added, “I wish you all the best in your continuing endeavours to serve your community and to promote the best interests of Guyana.”

La Rose was appointed chairperson of the GNNL Board on September 15, 2015.