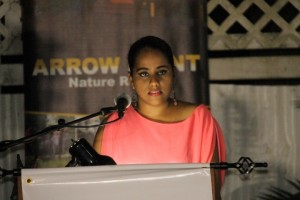 Researchers believe that family problems are the biggest trigger for suicide in Guyana, even as government prepares to outlaw attempted suicide and go after alcohol consumption.

Final Year Graduate Student in the University of Guyana’s Masters in Public Health Programme, Liza Marie Merai said her thesis on “Suicide attempts by Guyanese admitted to the Georgetown Public Hospital Corporation (GPHC)” from 2013 to 2015 found that family conflict was the most common risk factor. “The results revealed that the most common risk factor for suicide attempt was disagreement with a family member,” she told a University of Guyana-sponsored public forum on “Guyanese Lives Matter, Mental Health Matters: Preventing Suicide in Guyana” that was held Monday night at Duke Lodge, Kingston.

She added that not only was attempted suicide prevalent among East Indians, but that disagreement with a family member was the most common risk factor in that segment of Guyana’s population.  Suicide attempts were also high among Christians, Hindus and Muslims in that order.

Merai’s recommended solutions for those feeling overwhelmed and do not wish to talk with a family member or friend include contacting the inter-agency suicide prevention helpline of Guyana, more social and medical support with greater public understanding of the issues and support for families.

“Intervention programmes need to be developed and implemented immediately to reduce suicide attempts among Guyanese,” she added.

Figures, she said, revealed that the ages of persons who have attempted suicide range from 13 to 20 and from 21 to 28. The research also found that suicide attempts were high among single, married, and common-law relationships and lowest among divorcees.

The descriptive study included data from 200 patient charts or 37 percent of the 534 patients who were admitted for attempted suicide. Other risk factors identified from the study included prior psychiatric history, history of miscarriages, being unable to sleep, lack of family support, assault from in-laws and anxiety disorders. The UG student found that suicide attempts were influenced by several risk factors such as life circumstances, overwhelming issues, physical discomfort, ideation, confusion, accidental and mental health issues.

Public Health Minister, George Norton, in his presentation, announced that government would be taking steps to discourage alcohol abuse  in the same way that legislation  is about to be passed to drastically reduce tobacco smoking. “Mental disorders and harmful use of alcohol contribute to many suicides around the world,” he said, adding that firearms, medicines, insecticides, pesticides and rope are used to commit suicides.

“We might have to make some hard decisions, controversial decisions- and I can tell you that I am no stranger to controversy of recent-so we have got to make decisions with regards to the sale of alcohol. I am taking the Anti-tobacco Bill to Parliament shortly. Alcohol is the big man! I am telling you this where suicide is concerned,” the minister added.

Norton also announced that steps are being taken to decriminalise attempted suicide to eliminate the chances of suicidal persons being charged and plunged into deeper crisis rather than being allowed to seek medical attention and support.

Head of the Department of Psychiatry at the Georgetown Public Hospital Corporation, Psychiatrist Dr. Bhairo Harry said people over 50 years account for 16 percent of those who commit suicide with a ratio of four males to one female and poisoning is the choice method among 65 percent of the victims. 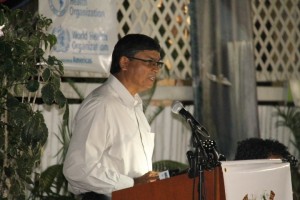 He added that incidence of suicide in Regions Two and Six (Pomeroon-Supenaam and East Berbice-Corentyne) is 50 per 100,000; Region Three and Four (West Demerara-Essequibo Islands and Demerara-Mahaica) 37 per 100,000 and the other regions range between 5 and 13 per 100,00

Harry’s figures show that 50 percent of the persons who attempt suicide  are below 25 years, and 30 percent are between 12 and 18 years.

Deputy Director of UG’s Tain Campus, Paulette Henry what is the cause of a young people between 15 and 34 committing suicide especially in rural communities. Based on her studies, she forecast that by 2025 more than 300 persons would commit suicide annually.

With access to certain chemicals by suicidal persons being a major challenge in Guyana, Henry urged the Ministry of Agriculture to examine ways of reducing the use of pesticides and other agro-chemicals as is being done in other countries where the yields are higher.

“The pesticide management board has been unable to manage the control of pesticides. They cannot do it properly. They have said in their report that they do not have adequate staff. We have porous borders. Guyanese are smart,” Henry, a Sociologist and Social Worker, told the public forum.

The UG official said suicide is an offshoot of gender-based violence, poor relationship management, absence of strong support, fractured families and fractured communities. “Something is wrong and we don’t know the answers,” she said.

The Tukeyen and Tain Talks are intended to be bi-monthly for a with the aim of facilitating informed and respectful discourse on matters of public interest that have significant national, regional and international implications; enable UG to serve as a public intellectual broker, allowing the academic, civic, business, diplomatic and other communities to listen to and learn from each other, and offer meaningful evidence-based and policy relevant engagement between UG students, lecturers researchers, alumni on the one hand, and the public and private sectors  and the international community, on the other.