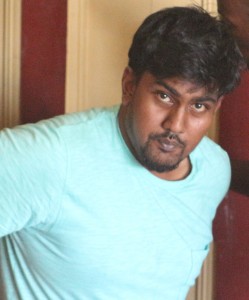 The man, who drove at a fast rate under the influence of alcohol and caused the death of Christobel Hughes-  mother of Attorney-at-Law, Nigel Hughes- almost one year ago- was Monday sentenced to four years imprisonment.

Reacting on Facebook, Hughes, who is also Chairman of the Alliance For Change (AFC), said the end of the case brought ‘some” closure. “Today I had some closure. The case involving the young man who prematurely ended my Mother’s life was concluded. The details and outcome are irrelevant. Thankful for the closure.”

Particulars of the offence are that on August 15, 2015, he drove motor pick-up, PPP 4641, in a dangerous manner thereby causing the death of the 85-year old Hughes. She succumbed to her injuries at the Intensive Care Unit of the Balwant Singh Hospital.

In sentencing the man, the Chief Magistrate said the court was satisfied beyond a reasonable doubt that Seunarine was guilty of the offence, based on evidence submitted by the prosecution.

Particulars of the offence are that t about 11:15 PM on August 15, 2016, the defendant drove the pick-up on Pike Street, Kitty, Georgetown and failed to stop as he neared Lamaha Street (continuation of Middleton Street) and collided with motor vehicle PMM 6763 in which Hughes was travelling.