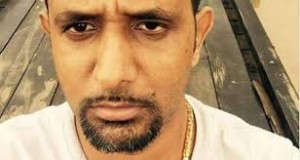 Beekham, a farmer from Crab Wood Creek, pleaded guilty and paid the fine as an alternative to six months imprisonment.
According to Prosecutor Deniro Jones, Beekham is a “self-professed political activist” who, during the month of May used his cell phone to make comments on Facebook to murder three executive members of the PPP and several other PPP supporters. The executive members were Opposition Leader Bharrat Jagdeo, former President Donald Ramotar, and the party’s General Secretary, Clement Rohee.
The court also heard that a psychiatric evaluation was also done by Dr. Bhiro Harry and the man was found to be of sound mind.
In court, Beekham apologized for his actions and told the magistrate “I was not strong enough to take the comments made by supporters of the PPP”
A self-professed APNU/AFC supporter, Beekham took to his Facebook page and ranted over the ideology of the APNU/AFC Government’s accomplishments and vision of former President Forbes Burnham. He openly stated his intention to target Freedom House and “murder” the Opposition Leader and other members of the PPP.
Beekham was arrested last week and detained at the Springlands Police Station following Police searches in the area